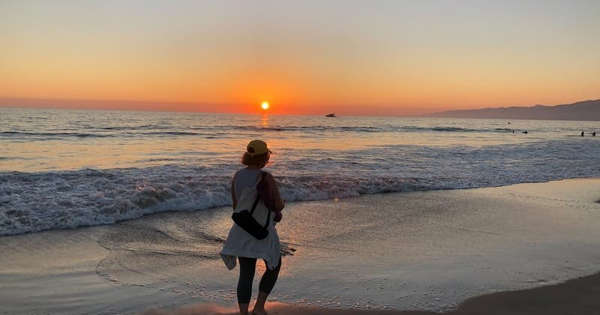 
The Los Angeles County Department of Public Health urged people to be careful in ocean waters when it comes to emptying gullies, creeks and rivers.

From Thursday, the following beaches did not meet state standards for safe water quality:

The warnings have been lifted for the following beach areas where recent sample results have determined water quality levels within government standards:

A power outage at the Hyperion treatment plant resulted in 17 million gallon sewage in Santa Monica Bay on July 11th. Beaches from El Segundo to Dockweiler RV Park in LA County have closed and then reopened. Over the past week, warnings have been issued for several beaches north of the leak, including Marina del Rey, Santa Monica, Pacific Palisades and Malibu.

City Controller Ron Galperin has requested answers from the facility about what happened and why the public was not informed about the 17 million gallons of untreated sewage in the ocean.

“This catastrophic accident not only caused great damage to our local beaches and waters, but also undermined public confidence in the ability of their government to serve and protect them,” Galperin said. “Local residents have a right to know exactly why the sewage leaked, what impact it is having on the area, what it will cost taxpayers, and what steps are being taken to prevent another similar incident in the future.”

Timeyin Dafeta, Hyperion’s executive plant manager, issued a statement in July stating that during the leak, the facility was “inundated with overwhelming amounts of debris, resulting in overhead line failure. The facility’s discharge system was triggered and the wastewater flows were reduced by deploying the facility’s 1-mile drain and discharging untreated wastewater into Santa Monica Bay. “

Rep. Ted Lieu on Tuesday called for an investigation by the Environmental Protection Agency and the National Oceanic and Atmospheric Administration.

“When the City of Los Angeles drained this sewage and the facility operators tried to make repairs, key local first responders and nearby cities were not immediately notified of the discharge into the nearby ocean,” he said, adding that it may be against California law from 2007 was created to improve the reporting of wastewater pollution.