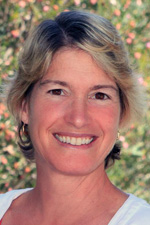 SOLANA BEACH, California – What a sweet ride! In addition to a cruise down Memory Lane, the San Diego Rep, 57 Chevy end-of-summer deal reveals the immigration experience of one man’s family adjusting to life in the United States. The story of Cris Franco and co-writer Valerie Dunlap comes to life in this one-man play starring Ric Salinas. Under the direction of Herbert Siguenza and Sam Woodhouse, auto mechanic Cris tells the story of his parents’ journey from Mexico to Southern California in the turbulent 1960s.

The streaming show begins in a suburban garage in the San Fernando Valley, where Cris recalls his own journey through life from Mexico to South Central Los Angeles and ultimately to a house in the San Fernando Valley. This upward spiral was not always easy and was not always welcomed by our protagonist. As Cris describes the splendid Chevys of his time “Calypso green, matador red with tapered tail fins”, the viewer perceives all the other endemic pieces of equipment of this era. The room contains a hula hoop, a well-known jazz tune and the catchy tune “See the USA in your Chevrolet”.

Cris describes his father as short, but larger than life in personality and skills. He describes his papa as “Mexican duct tape”. His father, confessing, had “the ability to fix any car”. Despite this gift, he was poor. Its humble beginnings were changed forever by the union of a Mrs. Mimi Barnes. This American befriended Cris’ father and arranged a performance with an influential man, the owner of the Mitchelmore Volkswagen dealership. Mimi, who worked in the Ministry of Foreign Affairs, received a work visa and el resto es historia.

While Cris’ father was employed and made a living, he could not be with his family even when his wife gave birth to their first son, Cris, in Mexico. As soon as he saved enough money ($ 1,802), he bought a Chevy and drove to Mexico City day and night to pick up his family.

Buying this car meant owning a piece of America.

While Cristobal’s father wanted his children to experience the benefits of American life, he didn’t want them to become Americans. He firmly believed that a work ethic and respect for parents were essential and something that American children lacked. He wanted his children to have ambition and strive for success. He warned Cris Jr: “You are 9 years old. Time is running out. You should be a doctor, a lawyer or at least an engineer. “

As soon as profits allowed, Cris Sr. moved his family to the San Fernando Valley. Junior thought it was “all the same” and missed his home in South Central. That was until he saw it burn during the Watts Riots. He was struggling to fit into his new home in the Valley, mocked by the non-Spanish speakers at his school.

This vivid biography is made accessible through the brilliant acting of Salinas and the honest writing of Franco and Dunlap. The show is a true celebration of immigration and the mutually beneficial relationship that results from a mix of cultures, traditions and ethics.

*
Eva Trieger is a freelance writer with a focus on art reporting. She can be contacted at [email protected]