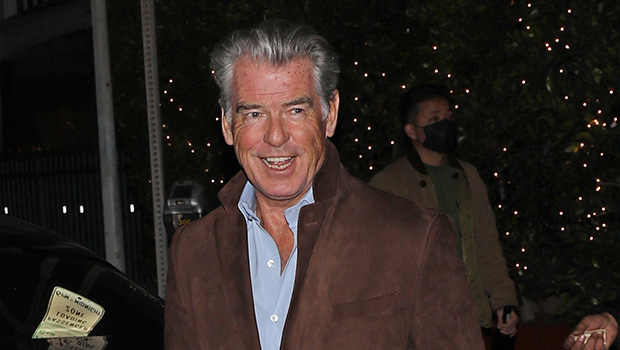 Pierce Brosnan looked like he was in great spirits when he and his wife Keely Smith stepped out to enjoy a dinner at Giorgio Baldi restaurant in Santa Monica.

Pierce Brosnan, 68, was dressed to impress this weekend when he had dinner with his gorgeous wife Kelly Smith, 58. The husband and wife stopped at Giorgio Baldi restaurant in Santa Monica, CA and were photographed walking outside the dining establishment while greeting onlookers and photographers. Pierce flashed a big smile at one point while he walked by a camera and looked as happy as could be.

Pierce Brosnan goes out to dinner looking handsome. (BACK GRID)

The actor was wearing a brown suede blazer over a light blue button-down top and black pants during the outing while Keely wore a long black dress with a matching coat draped over her arm. They also both wore black shoes to top off their looks and walked close by each other before and after enjoying their meal.

Pierce and Keely’s latest outing comes after they celebrated their 20th wedding anniversary last year. The lovebirds share sons dylan, 25, and Paris, 20, and are one of Hollywood’s most beloved couples. On the special day, Pierce took to Instagram to give a shout-out to his bride, whom he married in his home country of Ireland, with pics of the two of them and a sweet caption. 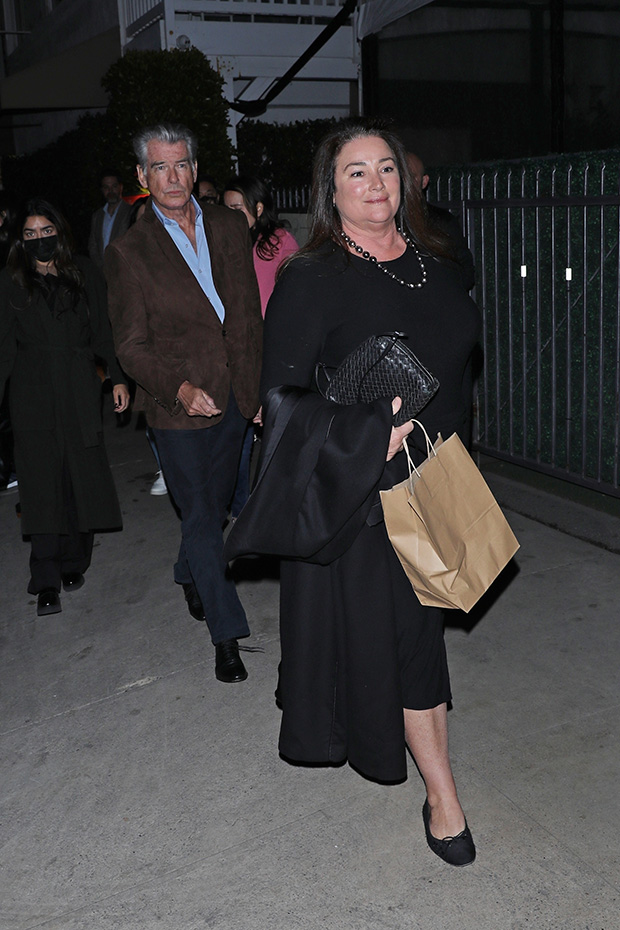 Pierce Brosnan and his wife Keely Smith. (BACK GRID)

The Irish hunk also shared a loving post in honor of her birthday in Sept.”My beautiful luscious love Keely on her 58th trip around the sun yesterday …apres swim, making coconut water.💥❤️💥❤️💥 Happiest of birthdays it was! 💥💥💥,” he wrote alongside a smiling photo of the birthday girl sitting outside and holding a coconut.