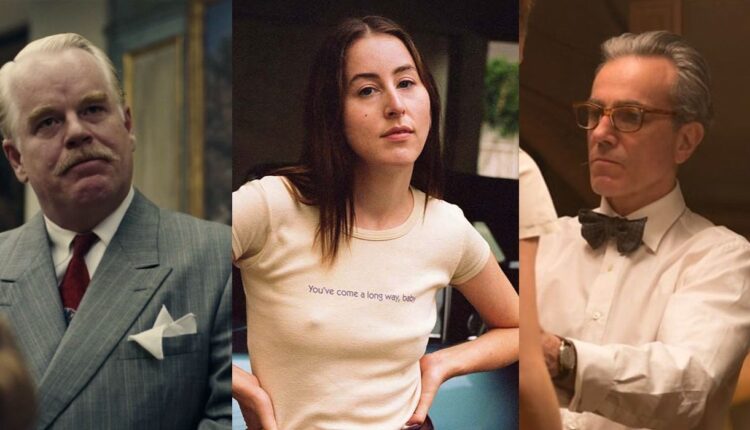 Paul Thomas Anderson is one of Hollywood’s most respected filmmakers working today. He manages to tell exceptionally comprehensible stories that are embedded in epic contemporary dramas about seamstresses, oil drillers and cult leaders.

Somehow he never won an Oscar, making him the very best writer and director never to receive a statue, which many cinephiles would consider blasphemous. However, he does have accolades in the form of incredibly high letterboxed scores. It’s a testament to how great he is as a writer and director that his lowest rated film on the social media platform is still a very respectable 3.6.

Available to stream on Kanopy or rent on Apple iTunes and Amazon Prime Video.

Unsurprisingly, Inherent Vice is the lowest-rated Anderson film on Letterboxed. While film adaptations of novels often fall short of the source material and don’t cover enough of the book, Inherent Vice is almost too faithful to Thomas Pynchon’s novel of the same name.

Pynchon’s novels are notoriously wordy and difficult to read, and Inherent Vice is no different. And because Anderson made such a faithful adaptation, the plot isn’t as easy to follow when it’s all crammed into a 2.5-hour movie. After a few repeats, however, it becomes a lot easier to digest, and even without understanding what’s going on, the surrealistic depiction of the ’70s is so dazzling and compelling – and it has the grooviest soundtrack around.

Available to stream on Kanopy or rent on Amazon Prime Video.

Hard Eight is not only underestimated but also overlooked as even many of the director’s fans haven’t seen the film. The 1996 release is Anderson’s directorial debut, but it feels like the work of a filmmaker who has been in the industry for decades. It’s so well made and every shot feels like it’s been thought about for hours.

Interestingly, however, it is by far the narrowest film in the director’s filmography. While most of his films feature a multi-story ensemble cast, Hard Eight follows a retired assassin who works the casino slots and takes in a homeless man. It’s very different from Anderson’s other films, and while it features all of his frequent collaborators, including Philip Baker Hall and John C. Reilly, it hasn’t quite established its own style. The thriller is reminiscent of crime films from the 80s.

If there’s two things Anderson loves more than anything else in the world, it’s San Fernando Valley and the ’70s, since so many of his films are based in one of them. And the all-new Licorice Pizza does both, making it the most quintessential PTA film yet, but that doesn’t mean it’s bad by any means.

Though it wasn’t long ago, audiences were so enthralled with the film that many are citing it as Anderson’s best film in years. In fairness, between the incredible supporting cast, which includes Sean Penn and Bradley Cooper, and the detailed characters, one has to argue that Licorice Pizza is Paul Thomas Anderson’s very best film.

Available to stream on HBO Max.

Punch-Drunk Love was marketed as an Adam Sandler film, which is hilarious considering this is a thin veil to try and get general audiences to see a very meditative and slow-paced work. But that’s not to say punch-drunk love is bad, and the film is actually Sandler’s highest-rated film on letterboxd.

Unlike anything Sandler had done before, the 2002 film not only subverted viewers’ expectations of the comedy actor, but punch-drunk love reinvents romantic tropes. The male lead has serious emotional issues and the story is filled with dark humor, making for a truly relatable romance.

Available to stream on Hulu.

However, that’s not exactly what The Master is about. The film could very easily have taken cheap shots at Scientologists and snagged the low-hang fruit from the comedy tree to poke fun at the controversial religion. But instead, Anderson uses the idea of ​​a cult/religion to create a character study about a war veteran with no purpose in life. The result is satirical and compelling in equal measure, and it’s also shockingly emotional.

Available to stream on Roku or rent on Apple iTunes and Amazon Prime Video.

Magnolia is often referred to as “the great San Fernando Valley movie” because it is a melodramatic epic that lasts over three hours. It’s exhaustingly emotional, but at the same time beautiful and thought-provoking. Amazingly, Anderson was only 28 when he made the film, proving just how wise beyond his years he really is.

Some people think Magnolia is too long, but for many it’s as close to perfect film as it gets, and they wouldn’t change a thing about the 190-minute film — not even the random sing-along scene in the middle.

In their second collaboration with Daniel Day-Lewis, both the actor and Anderson were firing on all cylinders on Phantom Thread. The film follows a tailor who falls in love with his muse, but the two have the strangest and literally toxic relationship, as the muse frequently poisons him just to feel close to him.

It’s the most patently romantic film Anderson has directed, even more so than punch-drunk Love, and he’s working in both a decade and a place he’s unfamiliar with. The film is set in 1950’s London, which makes it so refreshing for a PTA film. Day-Lewis came out of retirement for the role, and it’s reticent about the best performances of his career.

Available to stream on Tubi or rent on Apple iTunes.

It’s clear why Boogie Nights is one of the top rated PTA movies on Letterboxd, since ot caters very heavily to cinema fans. In the early stages of his career, Anderson wore his influences proudly, and it doesn’t show any more clearly than on his 1997 classic.

Boogie Nights emulated the style of Goodfellas but in such a tasteful way and it was also mixed with such original, exciting and emotional scenes. Furthermore, few other films span the decade of disco as completely as Boogie Nights.

When Magnolia was released in 1999, no one thought the director could ever have made a better film. But between the ambition, the narrative, and the production value, There Will Be Blood is better in every way. It’s understandable if fans prefer Magnolia as it’s more emotional and today’s setting is rarely seen in a PTA film, but the 2007 epic drama is done with such pinpoint precision.

Punch-Drunk Love was followed by There Will Be Blood, and the director traded Sandler for three-time Academy Award winner Day-Lewis. The film not only marked the beginning of a great working relationship between the director and the actor, but also marked the first of many times that composer Jonny Greenwood also worked with Anderson. And the tale of a greedy capitalist oil driller locking horns with a hypocritical preacher is timeless and still speaks volumes today. There Will Be Blood is the perfect storm.

NEXT: 5 Roles in Paul Thomas Anderson Movies That Were Perfectly Cast (And Almost Played)