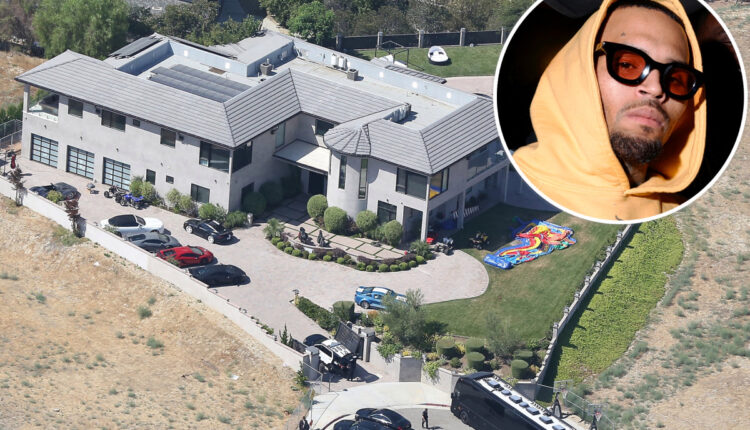 Another day, another police visit to Chris Brown’s house – but this time the R&B performer is not the focus of the drama.

A member of Brown’s security team filed a battery report against an intruder who allegedly spat in his face, TMZ reported Monday.

Law enforcement sources told the point of sale that the incident took place outside the singer’s home in San Fernando Valley, Calif., Last week after the security guard threw a light on the man’s face as he tried to determine if he was a guest or was an intruder.

After allegedly docking a loogie toward the security guard, the suspect rode off into the night.

Los Angeles police have not yet made any arrests in the case.

A rep for the “She Ain’t You” singer did not immediately return Page Six’s request for comment.

While this particular incident did not directly concern Brown, 32, he has had various disputes with the law over the past few months (and years).

In June, the LAPD confirmed that the Look at Me Now singer was under investigation for allegedly beating a woman during a heated exchange at his home.

Brown appeared to see reports of the alleged altercation in an Instagram story post that read, “YALL SO DAMN [cap emoji]”, Where” cap “is colloquial for a lie.

The alleged incident was reminiscent of the 2009 Grammy winner’s arrest for physically assaulting his then-girlfriend Rihanna. He pleaded guilty to assault and completed his suspended sentence in 2015, in addition to community service and advice on domestic violence.

In May, police officers were again called into the house of the “Loyal” singer to end his wild 32nd birthday party.