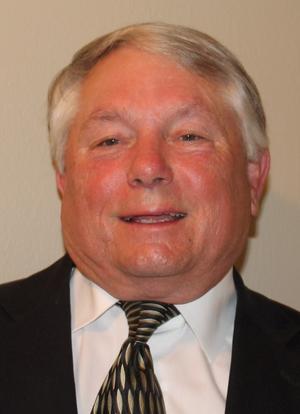 LAS VEGAS — National Football Foundation and College Hall of Fame (NFF) will honor five recipients of the 2022 NFF Chapter Leadership Awards dinner in Las Vegas. Freddie Sandel of Natchez will be one of the honorees on Dec. 6 at the Bellagio Resort and Casino.

First presented in 1988, the leadership awards recognize five individuals from each region of the country for their commitment, generosity and leadership at the local level to fulfill the mission of the NFF. Sandel will be honored with John Barbarotta of the NFF DeSantis-McDougal/Fairfield County, Connecticut Chapter (Northeast Region), Tony Cocca of the NFF Lehigh Valley, Pennsylvania (East Region), Ken Leach of the NFF Tom Lombardo/St.Louis Chapter , Missouri (Midwest Region), James Lofdahl of the NFF San Fernando Valley, California Chapter (West Region).

Sandel grew up and played football in Natchez at Natchez High School. He returned home in 2011 after a 40-year career with International Paper Company and connected with two local football players Joe Fortunato and Allen Brown. They had played football at the college and NFL level and headed the local Miss-Lou chapter of the NFF.

Sandel took an opportunity to become an active member in the chapter after they asked him to join. He became president in 2017 when Fortunato died and continued to serve as the treasurer and secretary.

“Throughout my life I never met anyone more dedicated to the youth of our community than those two men,” Sandel said. “They taught me the value of giving back to the community through amateur sports. There is nothing more satisfying than to watch the expression on each young man’s face, high school and junior high, when they are introduced at our banquet. To some of these young scholar athletes our banquet is a ‘once in a lifetime’ event.”

Sandel graduated from Mississippi State University with a degree in chemical engineering. He is an avid hunter and president of the Cypress Grove Hunting Club. Additionally, he is a member of the Assumption BVM Catholic Church Pastoral Council in Natchez and serves as president of the church’s finance council.

Miss-Lou’s chapter was established in 1981 and serves schools in Natchez and Concordia Parish.

“Each of these individuals have embraced the mission of the NFF to promote the good in the game,” NFF president and CEO Steve Hatchell said in a press release. “Their dedication and passion create a powerful presence for the NFF in their communities, making an impact and inspiring excellence on and off the field. We are excited to honor their exceptional commitment and sincere desire to give back.”