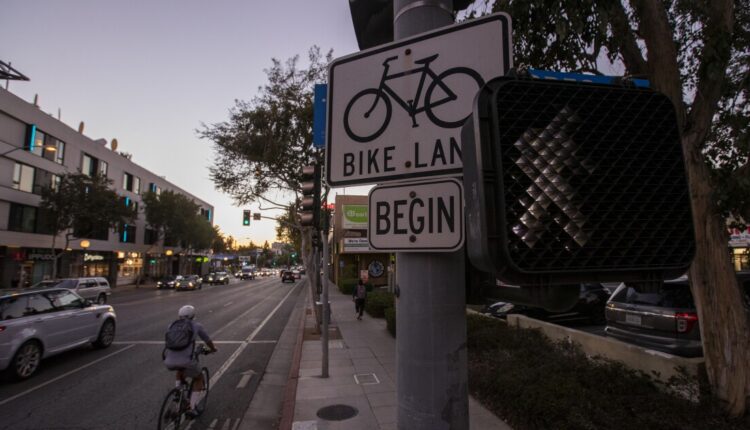 There is a lot that you cannot see in a moving car. I say this as someone who bikes, walks, runs and rides in Los Angeles only realizing how much I was missing after walking fewer miles behind a windshield and more on sidewalks and bike saddles. I was also hit by a slow-moving car on a zebra crossing and came back shaken from several close encounters, and in any case where the driver wasn’t hostile or completely indifferent, the excuse was the same: I just didn’t take care .

It was these words and experiences that crossed my mind while reading some of the letters posted in response to a recent news article about the increase in road deaths during the pandemic and a pedestrian killed near USC and a commentary- Articles were written urging local officials to give up their opposition to adding bike and bus lanes. Most of the streets and neighborhoods of Los Angeles were designed with automobile traffic in mind. Therefore, it is less surprising than sad to see that many people simply fail to realize the need to safely house pedestrians, cyclists and road users, or to blame non-drivers for road deaths.

But just because we’re not noticed doesn’t mean we’re not there. The faint scars on my legs and the frayed nerves in my body are proof of that.

To the editors: As a senior citizen who regularly walks and used public transport whenever I could before the pandemic, I am one of those persistently hostile to cycle paths. There are many reasons, but the most important point is that very few ever use or ever use bicycles for regular transportation.

Cyclists are generally very fit and very brave. Hence, it is just wasteful to dedicate parts of our public streets to a tiny niche.

Cycle paths confuse traffic. (Would you like to turn right where there is a cycle line on the right?) Cyclists disturb the smooth flow of traffic. (I wish more cyclists actually obeyed the rules of the road, such as stopping at red lights.)

Mixing bikes and vehicles is dangerous. Because of their effect on slowing down car traffic, bike lanes could be harmful to the environment. No wonder churches don’t want them.

To the editor: A student was hit by a car on a marked zebra crossing; there is no question that the driver is at fault.

But apparently I read about similar pedestrian deaths every other week. It’s like some don’t accept that the right of way is not a guarantee of safety. As a kid exploring the streets of Chicago, I was taught and practiced never to leave the curb while cars were still driving, regardless of the color of the lights.

As I drive around, I make sure to watch pedestrians at crosswalks in front of my car. Only a few check whether the drivers are actually slowing down. They move like zombies, their eyes fixed on the opposite curb.

It is a good idea to assume that every vehicle that approaches you may have your name on it.

To the editor: I agree with the points made by Michael Schneider in his comment on the need for more bike and bus lanes.

I live in Santa Monica and I commute five miles to work in Los Angeles. I often cycle to work and find that I am strategically planning my route to avoid dangerous traffic and poorly maintained roads.

Aside from improving infrastructure to encourage cycling to work, cities need to work with businesses to provide incentives to encourage workers to abandon their cars and dust off old Schwinn for both the climate and health improve.

To the editor: I was just as enthusiastic about Schneider’s comment as I was about his message – and its necessity.

I ride bikes for work, errands and fun, and several times a day I run into the problems Schneider points out: bike “routes” like Fountain Avenue in Hollywood that has some “Sharrows” on the sidewalk while the Road narrowed to impossible widths; and bike lanes like the one on Fairfax Avenue, which is wonderful for about a mile until they disappear, or Santa Monica Boulevard when they come and go, making it difficult to get on safely.

Friends look at me in disbelief when I tell them I got to a cafe or dentist’s office by bike, but they don’t want to accept how easy it could be for them and thousands of others when the city did start, Prioritize alternatives to the car.

Councilor Paul Koretz and the others Schneider mentions need to start thinking about what’s best for the community and envisioning a changed future rather than rejecting federal grants that are available to turn a shopping street like Melrose Avenue into one local, livable community transforming stifled mess.

Parking is a problem. The solution is fewer cars, not more space. This solution can be driven by buses and bicycles.