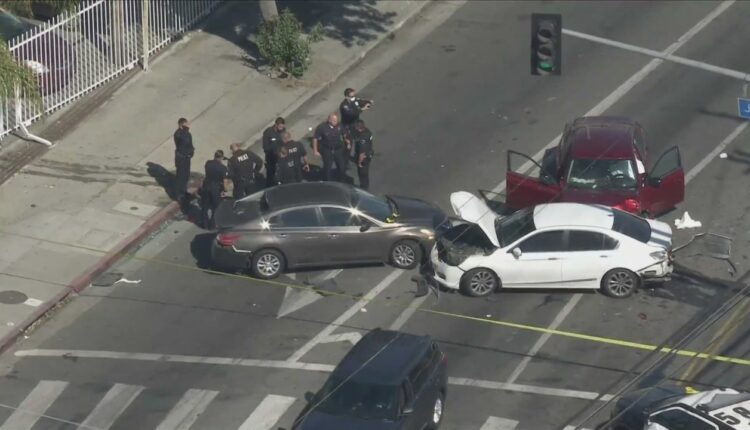 A man is said to have followed his ex-girlfriend in the south of Los Angeles on Wednesday and attacked her in the middle of a traffic jam, the Los Angeles police said.

The 50-year-old woman was attacked just before 11 a.m. near East 21st Street and South Central Avenue by her former boyfriend, who opened fire, chased her in his vehicle, and then crashed into her car before shooting her, reported the police.

According to LAPD Capt. Baez was pronounced dead at the scene.

Another adult man who was with the woman was also shot in, despite being taken to a local hospital for treatment, Baez added.

The perpetrator remains at large, the police are looking for his vehicle, which is believed to be badly damaged.

Downtown to host the Day of the Dead celebration

Sean Penn masks himself at a solo dinner in Santa Monica