Downtown to host the Day of the Dead celebration 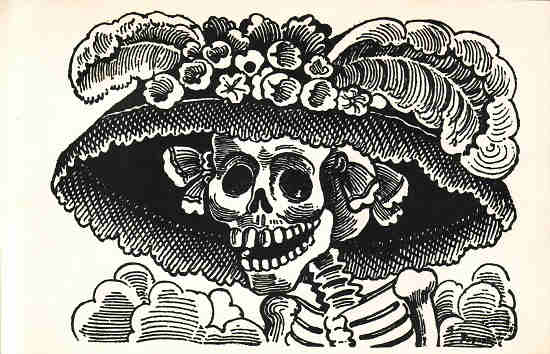 October 20, 2021 – Fourteen-foot sculptures of the famous bonneted skeleton “La Catrina” will greet visitors to the promenade as part of a Día de los Muertos celebration on Saturday October 30th.

The traditional Mexican cultural festival of life and death is hosted by Downtown Santa Monica, Inc. and features a mix of live entertainment, art installations and family-friendly activities from 5pm to 10pm

The festivities include Papel Picado crafts and face-paint by Lil ‘Bitter Pixie, as well as stalls selling goods from more than 30 local Black, Indigenous and People of Color (BIPOC) vendors with Angel City Market and Market Exchange opening from 18th Street were initiated art center.

A diverse line-up of artists will perform on the Promenade Main Stage near Arizona Avenue at 5:30 pm, hosted by Normz la Oaxaqueña of Cumbiatón LA.

Performers include the Santa Monica Ballet Folklórico, which offers a traditional blessing and dance performance, and students from Santa Monica High School’s Latinx clubs, who describe the importance of the Día de los Muertos traditions.

Other artists include the Ballet Folklórico Flor de Mayo, the Santa Monica Youth Orchestra Mariachi Perla del Oeste and DJ Funky Caramelo and DJ Sizzle Fantastic from Cumbiatón LA, who are hosting a dance party at the end of the day.

The celebration features sculptures by Los Angeles-based Mexican artist Ricardo Soltero of “La Catrina”, one of the most famous figures of the Día de los Muertos.

The figure, designed by the Mexican illustrator Jose Guadalupe Posada, comes from Mexican social satire and has become an integral part of the Christmas tradition.

“Soltero’s iconic La Catrina sculptures reach heights of four meters and greet guests on the boardwalk in colorful traditional Mexican clothing inspired by the traditions of the Day of the Dead, Mexican icons and embroidery,” said downtown officials.

Soltero is the director and set designer behind the largest Day of the Dead celebration in the United States, held annually at Hollywood Forever Cemetery in Los Angeles.