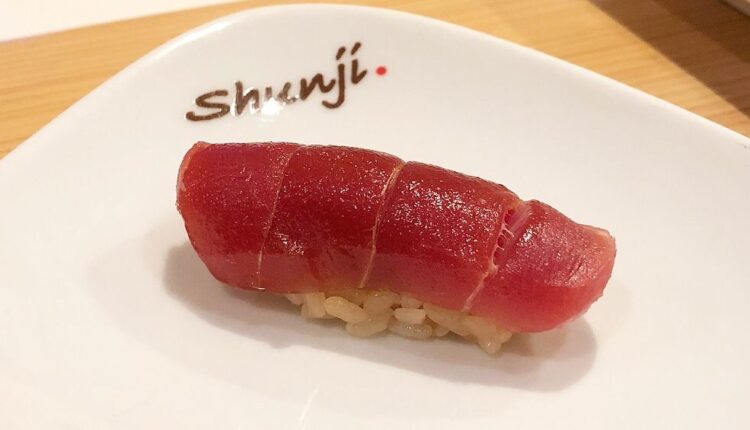 Shunji, one of the best sushi restaurants in Los Angeles, has partially reopened at its new location in Santa Monica on Ocean Park Boulevard. This means that the excellent sushi at Michelin level by the eponymous chef Shunji Nakao is now available again to Westside guests, even if only as a take-away menu – for the time being. On the Tock reservation app, Shunji sells $ 103 omakase sets that come with 15 nigiri and a single hand roll. Sake is also for sale.

At the end of last year, Shunji had to move from its longstanding location on Pico Boulevard to 3003 Ocean Park Boulevard to enable the redevelopment of its former building. This Pico estate, formerly a chilli bowl restaurant that was actually shaped like a chilli bowl, has been viewed by some conservationists as a prime example of mimetic architecture that should not be redeveloped but instead preserved. Either way, Shunji is out and about now in Santa Monica with plans to open his dining room sometime very soon, possibly even next week.

The Olly’s Pretzels booth hits the park at Platform in Culver City on Saturday with a beer garden blowout that includes sausages and sauerkraut from Flatpoint Barbecue and beer from Boomtown Brewery.

Honeybird is now open in Claremont at 175 N. Indian Hill Boulevard. The specialist in fried chicken (and more) first opened in La Cañada and has since expanded to USC Village as well.

The shopping cart has arrived

A party in the Arts District

Kensho Ryokan, formerly the Firehouse Hotel and Restaurant in the Arts District, is hosting a pop-up at the Deco Boko Market on October 9th and 10th. Only Japanese products are offered at the weekend market, from kitchen accessories to music. As for the property itself, expect a wider opening (with restaurant and hotel stays) over the next year.

In a week of Michelin stars and news, Kato’s chef Jon Yao has also earned his own recognition from the famous tire company. Michelin named Yao the 2021 Young Chef Award winner for the State of California.

Growing into a new future

Fatima’s Grill, Downey’s most famous restaurant, is still underway with expansion plans including the town of Bell, CA, among others. Check out the early renders of the room to come below.

The most famous breakfast taco in Texas arrives in Los Angeles