The most famous breakfast taco in Texas arrives in Los Angeles 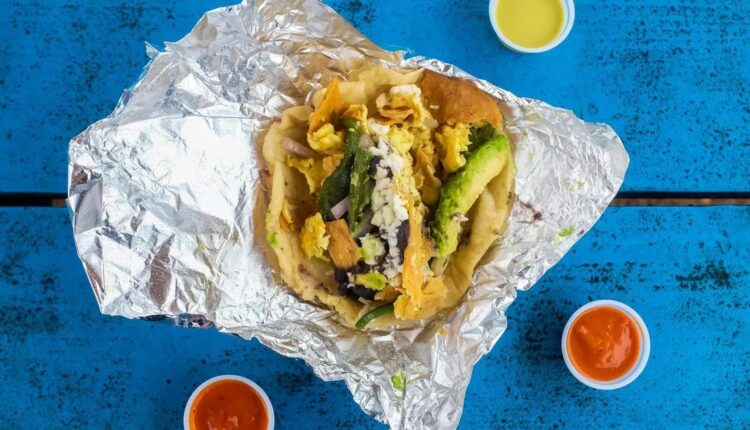 It’s a big taco day for Los Angeles as the Veracruz All Natural team is launching its brand new West Coast rig for avid fans who want to eat well. The Austin-based, nationally popular crew, known in part for their migas breakfast tacos on flour tortillas, unveiled their new LA concept called Hot Tacos in Koreatown this morning. and pop-ups galore.

What exactly are hot tacos? It’s a twist on the Veracruz All Natural name and business model, but designed for a brand new city and audience. Owners Reyna and Maritza Vazquez (along with Mama Reyna, of course) previously told the New York Times that they would always keep Veracruz All Natural as a local Austin area-powered side project with handmade flour tortillas and options ranging from cauliflower al pastor to to grilled steak, fish and mom’s own cochinita pibil recipe. The family made their first name in Austin with their popular migas breakfast burrito with eggs, tortilla chips, and beans, so expect an LA version of it too. The full opening menu is below.

Due to the Vazquez family’s continued association with the Line Hotel in Austin, the new Hot Tacos Truck that launches today will primarily float around the Line Hotel here in Koreatown (for now). At this early stage of the opening, expect them to adjust hours and even menu items as needed, but generally the plan is to park the black and pink truck in the Line parking lot Wednesday through Saturday from breakfast through dinner. Sundays are only brunch hours, and happy hour is also scheduled on Tuesdays.

A major opening event is scheduled for this new LA expansion on October 16, with longer hours (including possible late night setups) in addition to a new location. But right now it’s all about Koreatown, which is now home to some of America’s most popular breakfast tacos. Welcome to Los Angeles, Hot Tacos. 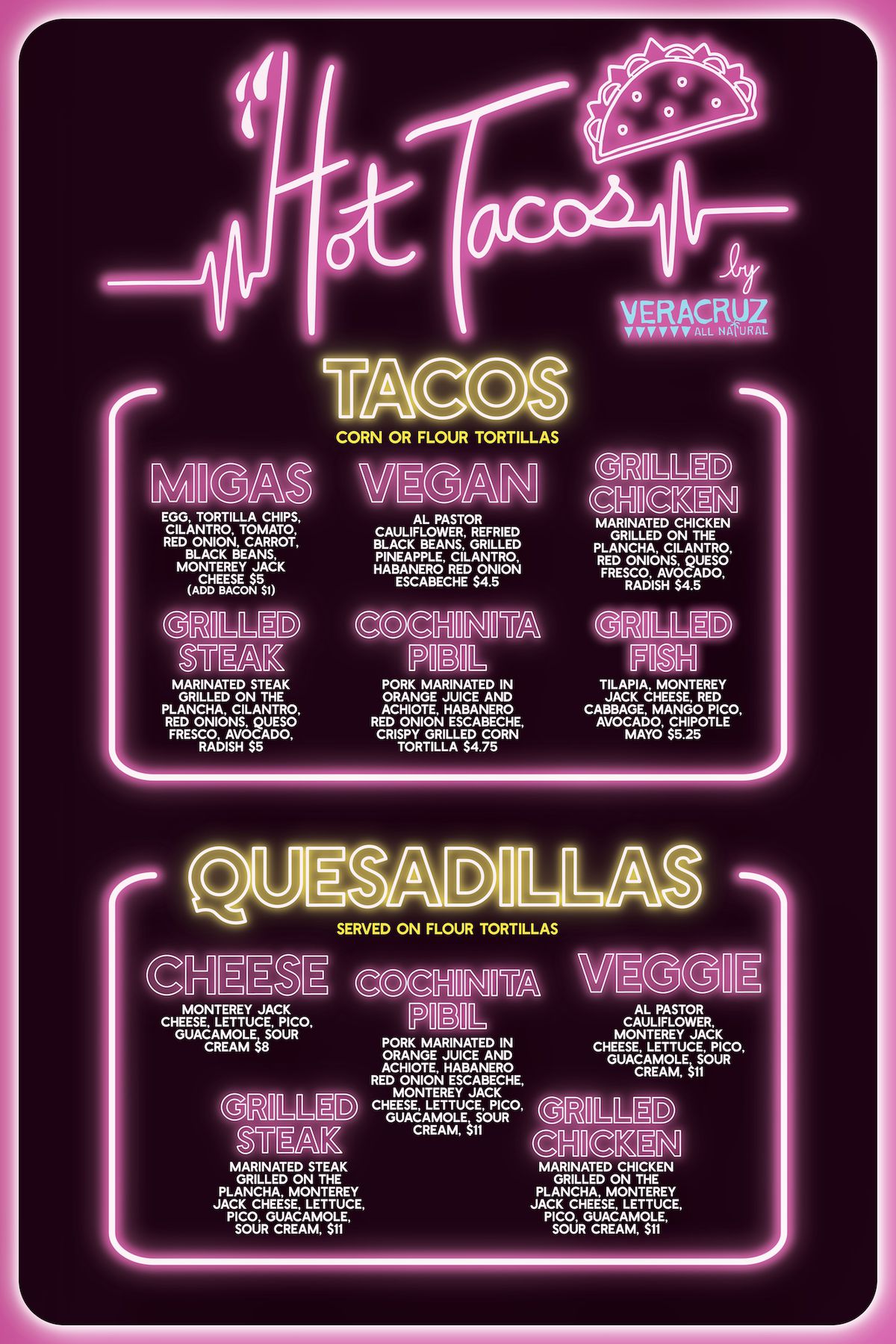 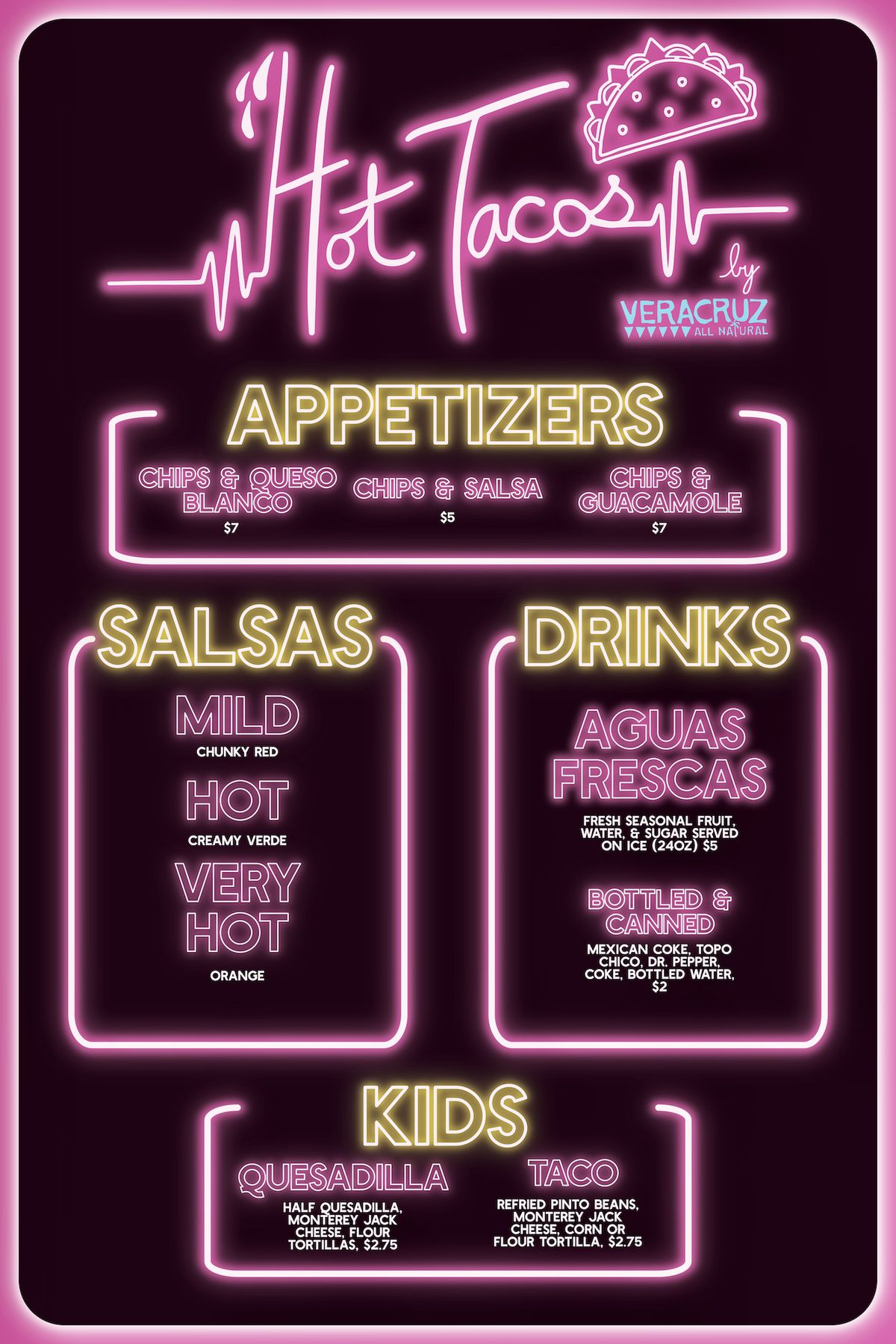 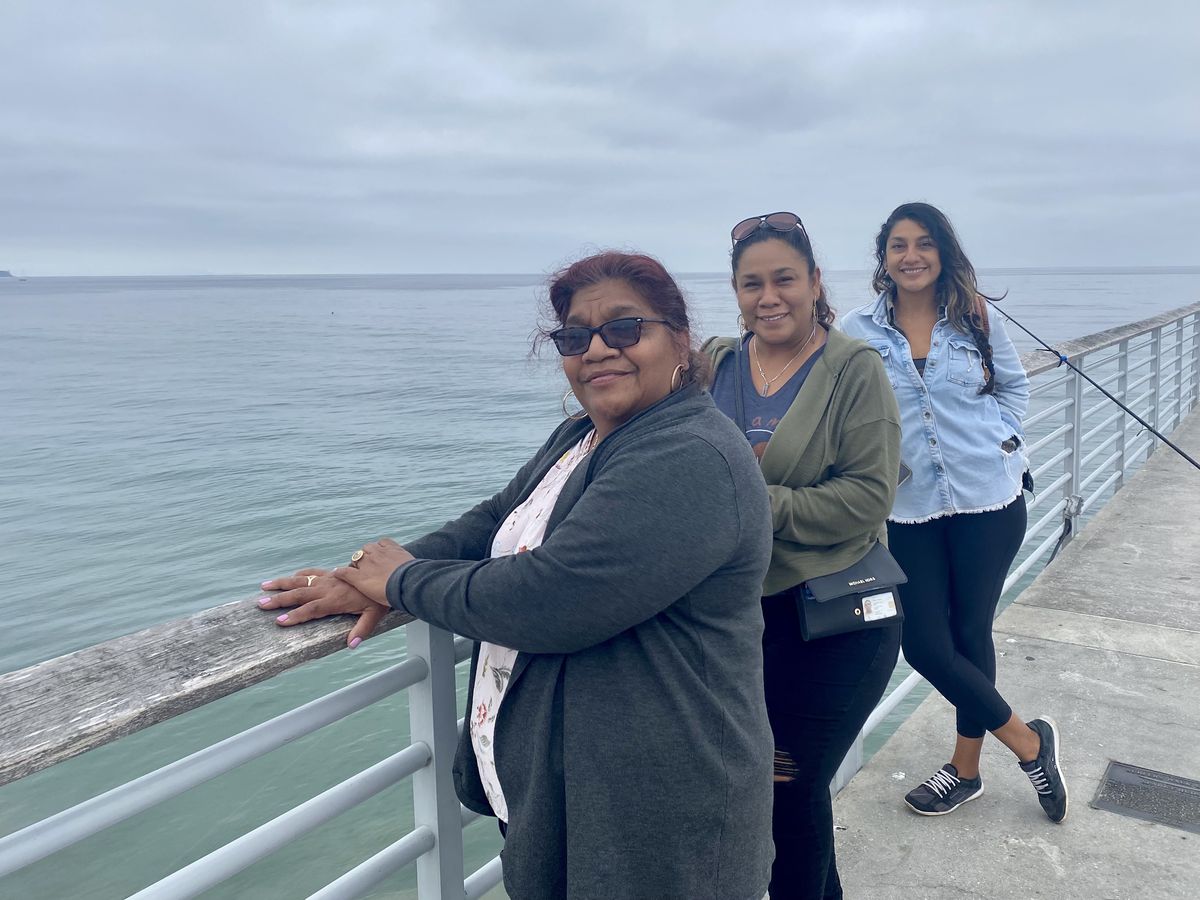