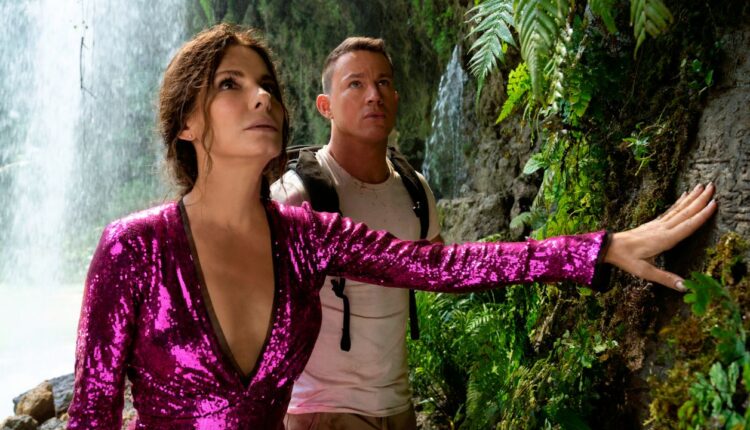 LOS ANGELES (CNS) — “The Lost City” opened atop the box office this weekend, grossing $31 million and knocking “The Batman” into second place, according to industry estimates released Sunday.

Paramount’s adventure film stars Sandra Bullock and Channing Tatum as a romance novelist and her hunky cover model who get mixed up in a kidnapping and treasure hunt in the jungle.

“The Batman” made $20.5 million in its fourth week in theaters and has now made over $330 million domestically, Comscore reported.

The Bollywood epic “RRR” opened in third place with $9.5 million Friday through Sunday at theaters in the United States and Canada. Theaters are charging higher ticket prices for “RRR.”

“Uncharted” was fourth, earning a strong $5 million in its sixth week in theaters.

The anime film “Jujutsu Kaisen 0” was fifth with $4.5 million in its second week.