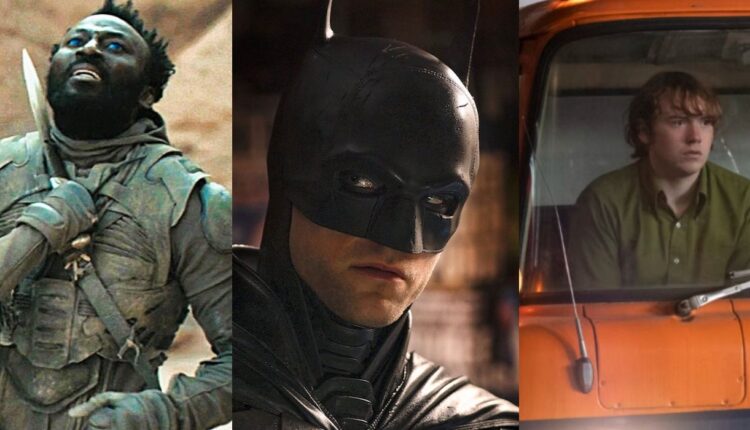 So far, the cinema landscape in the 2020s has been fairly predictable, as superhero movies have reigned supreme. But, unpredictably, they are getting even more critical praise and love from general audiences than ever before. And even though it’s less than a full three years into the decade, there have been so many pleasant surprises to hit movie theaters and streaming services.

Between riveting period dramas, a jaw-dropping sci-fi epic, and an instant classic from a cinema auteur, there have already been several great movies released this decade. And even a non-Pixar animated movie has given the celebrated studio a run for its money.

In 2014, John Wick popularized gun-fu and brought martial arts back into the fold when it comes to Hollywood action movies. The combat style was copied by so many major action movies, and Shang-Chi and the Legend of the Ten Rings is no different.

The movie has a fighting style unlike any other in the Marvel Cinematic Universe, and the hand-to-hand combat is more thrilling than it ever has been in the 20+ movie franchise. Between the action and the use of Chinese culture and its mythological creatures, Shang Chi quickly became a top-tier MCU movie. And with the success of both Shang-Chi and the Spider-Man movies, fans are hoping for a Shang-Chi and Spidey team-up movie.

Writer-director Paul Thomas Anderson has a thing for the decade of disco and the San Fernando Valley, as most of his movies feature one or the other. In fact, Licorice Pizza features both. The 2021 movie is a coming-of-age film unlike any other, as the ’70s-based comedy blends fictional characters with real-life people and events.

Licorice Pizza follows 15-year-old Gary (Cooper Hoffman), who is opportunistic and finds inventive ways to make a quick buck, which leads to exploiting a gas crisis and the outlawing of pinball machines. It’s one of the most creative dramas of the past few years, and it has incredible performances from newcomers Hoffman and Alana Haim.

It’s rare when a non-Pixar animated movie outdoes the famed studio in terms of its reception from general audience. Though Netflix’s original movies don’t always have a great reception, The Mitchells vs. the Machines surprised everyone, and it’s even rated higher the Pixar’s Luca on the movie database, which was released in the same year.

RELATED: 10 Other Movies & TV Shows Starring The Mitchells Vs. The Machines Cast

The movie is about a dysfunctional family who is going through realistic struggles, only to find themselves in the middle of a robot apocalypse. Ironically, there are a lot of parallels between the 2021 movie and Pixar’s very own The Incredibles.

With screenplays like The Social Network and Moneyball under his belt, Aaron Sorkin has proven himself to be one of the 21st century’s top screenwriters, and the 2010s saw him get the itch for directing, too. Based on Molly’s Game, Sorkin was clearly paying attention when on sets of the years, as it was a supremely accomplished directorial debut.

However, The Trial of the Chicago 7 is the work of a cinematic visionary, and not only is the typical razor-sharp dialogue everpresent, but it’s visually stunning thanks to the 1960s production and costume design too. It also features phenomenal performances from Sacha Baron Cohen and Eddie Redmayne.

The Gentlemen is very on-brand for writer-director Guy Ritchie, and it was hugely welcome in 2020, as he hadn’t made a very British gangster flick in years. So many directors have tried to emulate Ritchie’s over-the-top, comedically violent, Cockney crime movies ever since he established his style with Snatch, but none have been able to match the frantic energy.

The original theatrically released Justice League is one of the worst Batman movies ever. All of the studio interference not only inflated its budget, making even its $650 million box office gross a massive disappointment, but it also resulted in a messy, strangely color-graded, Frankenstein’s monster of a movie.

However, Zack Snyder’s Justice League finally saw his original vision come to life. Any movie could be great if it was given four hours to build character development and the director was given an additional $70 million to add more action sequences. But regardless, the 2021 release is the most epic superhero movie ever made.

Dune had a long history in Hollywood, and until director Denis Villeneuve got his hands on the property, it seemed like the franchise was doomed. David Lynch’s 1984 Dune earned him the worst reviews of his career, and Alejandro Jodorowski’s Dune failed to get passed development.

However, Villeneuve elevated the source material into a genuine science-fiction epic, and the digital effects seamlessly blend in with the world better than any other blockbuster movie ever released. And as the 2021 movie only told the first part of the story, the sequel will be even better, especially considering how all the novel’s most exciting parts come in the second half.

Pixar is the greatest animated movie studio working today, and it has always been, as it has created some of the most magical and imaginative animations of all time. Soul continues that trend, as it marks the studio’s 11th movie that has an average rating of more than 8.0 on the movie database, and for good reason.

Just like great Pixar movies Coco and Inside Out, the 2020 movie attempts to teach children about something deeper than simply being a goofy movie with talking animals. This time, the film is about mortality, and it breaks down life and death in a way that’s smart and doesn’t talk down to kids.

The Batman immediately sky-rocketed to the top end of the Batman movie rankings, and that’s because it’s the movie that fans have been waiting for for so many years. Though the film ran into some issues in its third act, it’s the first-ever Batman flick that actually depicted the character as “the world’s greatest detective.”

And even though the gold standard of Batman movies is the Dark Knight trilogy, there are so many ways The Batman is better than Christopher Nolan’s movies, whether it’s the portrayal of Carmine Falcone or the gothic aesthetic. But the best thing the movie does is build a world that audiences are beginning to see more of, even though the film is already three hours long.

With Spider-Man: No Way Home, Hollywood is one step closer to legitimizing superhero movies. Though the genre has been extremely popular over the past 15 years, there are still thousands of naysayers out there. However, No Way Home isn’t just a brooding, “serious” movie; it leans into being a comic book movie more than any other.

It’s full of fan service, intertwines movie universes, and even features the ridiculous line, “let’s Scooby-Doo this crap.” And despite all of that, the 2021 movie is still the 57th greatest film of all time according to IMDb. No Way Home even managed to, somehow, retroactively make the bad Spider-Man movies great, and that’s completely unprecedented.

NEXT: Every Improvised Spider-Man Interaction In No Way Home