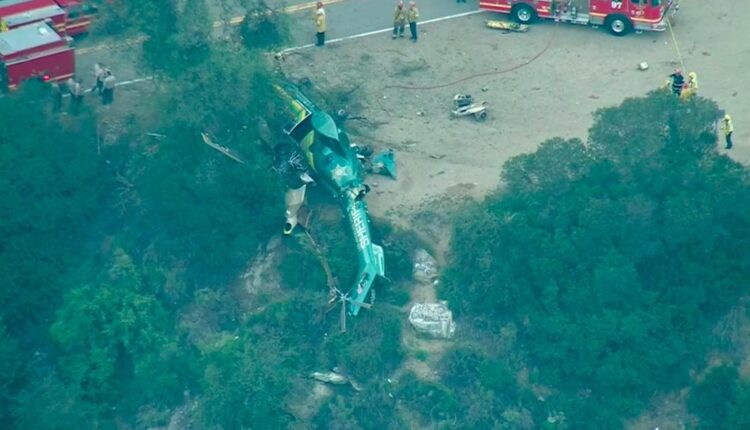 Several people were injured when a helicopter belonging to the Los Angeles County Sheriff’s Department crashed in Angeles National Forest near the San Gabriel Dam on Saturday. The helicopter was en route to a medical evacuation for the victim of a car crash in the area, CBS Los Angeles reports.

All injured crew members were transported to the hospital with various injuries and all are in stable condition, LA County Sheriff Alex Villanueva said Saturday night at a press conference. Some of the crew members suffered broken bones, Dr. James Kim of the Pomona Valley Medical Department said at the press conference.

The occupants of the aircraft were a pilot, co-pilot, two paramedics, a crew chief and a doctor from UCLA who was participating in a ride along.

The person the helicopter was originally going to rescue was transported by ground to the hospital with minor injuries, LACFD said.

The helicopter was attempting to land when it suffered a malfunction, Villanueva said, causing a hard landing that led to a rollover.

It was not immediately clear what caused the crash. The helicopter is a Eurocopter AS 332L1 Super Puma helicopter, CBS Los Angeles reports.