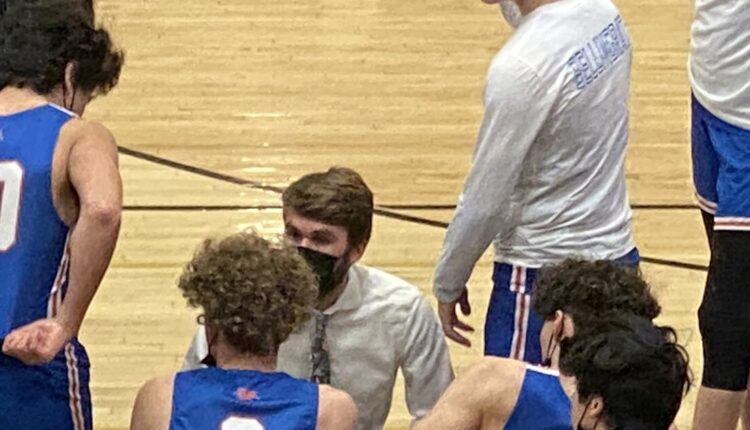 While playing at Thousand Oaks High and now head coach at Westlake, Kyle Kegley says he never missed attending a basketball game because of an injury or illness without seeing him for health and safety logs.

“It’s stressful for everyone involved,” he said on the phone on Wednesday afternoon.

The coronavirus surge has had a devastating impact on indoor sports teams this week, messing up schedules, postponing or canceling games, and leaving rosters flowing. In addition to Kegley’s absence, a top Westlake player also missed the game. Calabasas played its first game since December 16 because of its own COVID-19 hiatus.

Calabasas came up with a 63-59 win behind Taylor Golden, who scored five points in a row in the last minute and ended with 18 points, spoiling Westlakes Jackson Hall’s coaching debut. Marcus Lesser scored 20 points for Westlake (11-3). Gavin Murphy added 19 points for Calabasas (11-3).

When the COVID-19 disrupted last year, at least most of the teams were on the same page. They agreed and tried to get teenagers back into play. This season should be a return to normal, practice and fight for a playoff spot. But with classes resuming this week for the spring semester, not everything is the same.

Stress levels rise as COVID-19 forces daily changes and daily assessments. This week schools started restricting participation in games. The hope is that this surge will be over in a few weeks, but the most important time to determine playoff spots is in January for basketball.

“I’m like everyone else – dealing with chaos,” said Kegley.

The San Diego Unified School District announced that it is suspending all non-essential and off-season activities – soccer weightlifting, baseball and softball conditioning – for three weeks and mandating mandatory vaccinations for all athletes.

Harvard-Westlake 82, Grant 37: The Wolverines (14-1) prepared for their Mission League opener on Friday, sailing to victory in their first game since a COVID-19 hiatus last month. Cameron Thrower scored 18 points and Brady Dunlap and Landon Lewis added 16 points each.

Santa Margarita 51, JSerra 42: The Eagles (12-0) were unbeaten at the start of the Trinity League. Jake Heberle finished with 16 points. Kyle Evans had 10 points and 13 rebounds.

Los Altos 54, Diamond Bar 35: Jazz Gardner had his fifth triple-double of the season with 21 points, 12 rebounds and 10 blocks.

Servite 3, Orange Lutheran 1: The Friars started the game in the Trinity League with a win behind Eddie Villeda, who scored two goals.