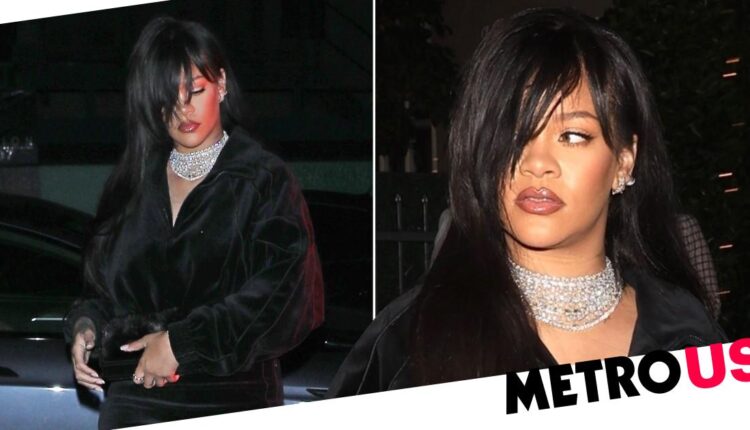 Rihanna is never not looking ultra glam, whether she’s in joggers or gliding across the Met Gala carpet, she’s forever turning heads.

And turn heads is exactly what the Fenty Beauty founder did when she stepped out for dinner in Santa Monica this weekend.

The Umbrella hitmaker looked stunning in a velvet all-black ensemble, also opting for an edgy hairstyle.

Rihanna, 34, donned a fitted maxi dress as she headed to Italian restaurant Giorgio Baldi with friends, oozing opulence with an eye-catching sparkly necklace.

Her famous raven locks were also cut into a sweeping side fringe, which covered one of her eyes, and she wore a nude plumping lip gloss, most likely from her own billion-dollar brand.

Rihanna has been enjoying her downtime lately, having been pictured on several occasions heading to restaurants with her pals. 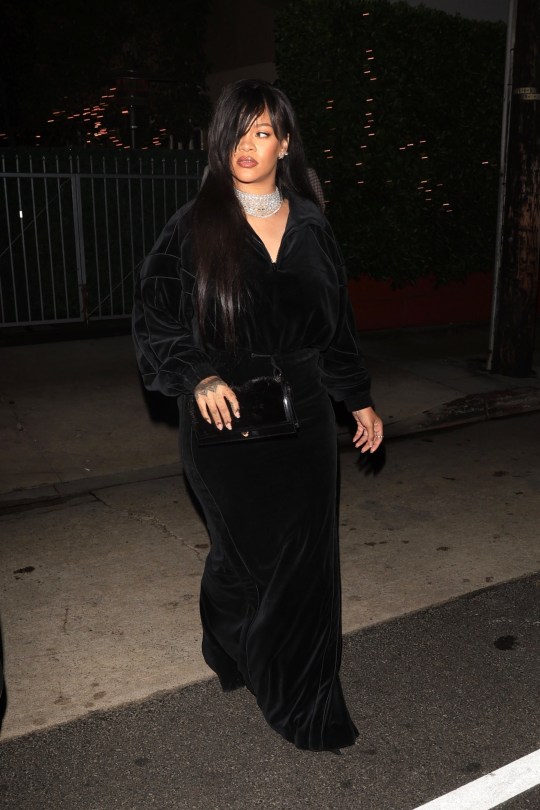 It’s certainly well deserved, as the Work hitmaker recently became a mum after welcoming her first child – whom she has kept out of the limelight – with boyfriend and rapper A$AP Rocky.

Plus, Riri’s schedule is about to get a whole lot busier as, much to the internet’s delight, she’ll be headlining the Super Bowl Halftime Show in 2023.

In true Rihanna fashion, she made the mega announcement in the most casual way imaginable, by simply posting a pic of an American football to her social media pages – no caption was needed, clearly. 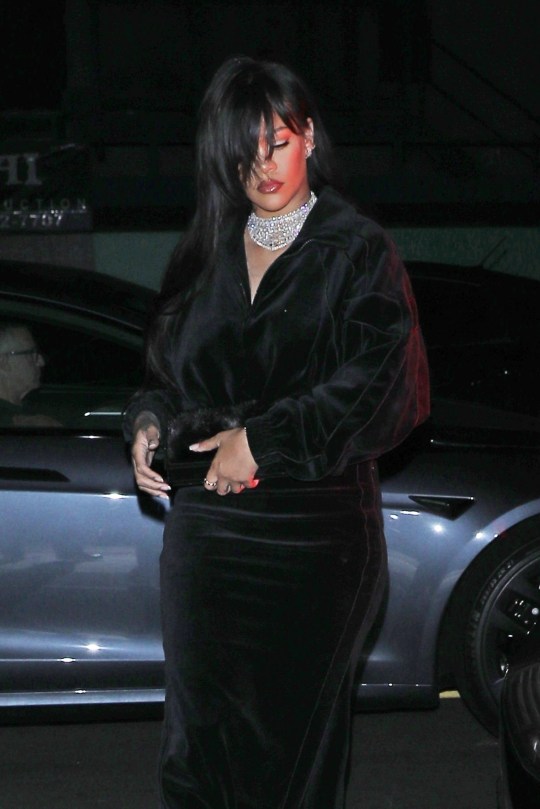 The singer styled her raven locks into a quirky side fringe (Picture: TPG/Backgrid)

The news, of course, sent fans into a spin, and now we’re counting down the days until the Barbados beauty takes to the stage in Glendale, Arizona, on February 12.

There’s also plenty of speculation that the singer will drop new music ahead of her big performance, with the slot previously thought to be going to Taylor Swift.

Rihanna has been pictured outside recording studios a number of times over recent weeks, although she’s remained tight-lipped on what she might be working on.

But, that doesn’t mean we can’t be cautiously optimistic, as the star has previously assured her supporters that she isn’t retiring her microphone just yet.

Speaking to Entertainment Tonight earlier this year, she teased: ‘Well, yes. You’re still going to get music from me.’

The last time Rihanna dropped an album was in 2016 with Anti, and she’s only released a handful of singles since then, so we’re pretty certain her next release will be well received.

As for the Super Bowl, it’s not yet known which hits she’ll be performing or any special guests she might be welcoming.

She has big shoes to fill after 2022 saw Dr Dre, Mary J Blige, Snoop Dogg, Eminem, and Kendrick Lamar team up for an epic collaboration, also with a surprise cameo by 50 Cent.

But, we have every faith she’ll deliver, and then some.

If you’ve got a celebrity story, video or pictures get in touch with the Metro.co.uk entertainment team by emailing us [email protected], calling 020 3615 2145 or by visiting our Submit Stuff page – we’d love to hear from you.

MORE : Rihanna’s comeback is long overdue – that’s why her Super Bowl LVII show is so exciting