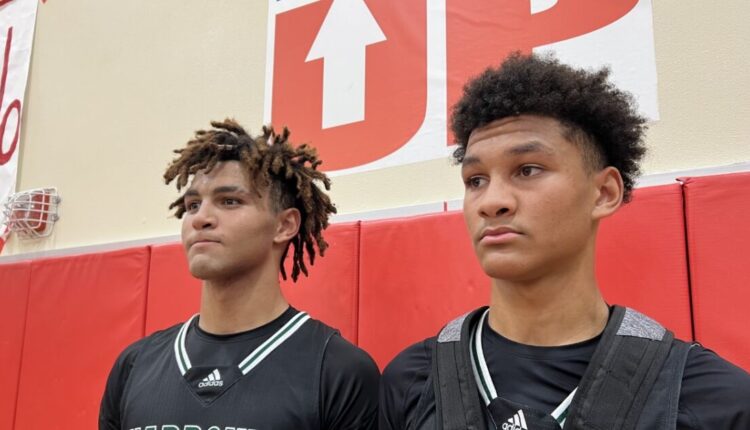 Marcus Adams Jr. of Narbonne was strolling along with a mere seven points and his team was trailing by seven to Long Beach Jordan in the third quarter Wednesday at Redondo Union. A timeout and look at the scoreboard was all Adams needed to respond like a disturbed bear in hibernation.

He immediately made a three-pointer and the 6-foot-7 senior finished with 23 points and 16 rebounds to help the Gauchos defeat Jordan 64-62 in a Ryse Williams tournament game. His brother Maximo, a 6-6 freshman, scored 13 points and made three threes.

“It awakened the whole team, especially me,” Marcus said of the sudden deficit.

There’s little doubt the Gauchos (1-1) will be the team to beat in City Section basketball, but they remain a work in progress. There are players hurt and one key sit-out-period player, Trey Jones, a transfer from Windward, becomes eligible late next month. They still need to develop chemistry under first-year coach Kumase Demesma.

Once they do, there’s plenty of improvement that can be made. In Marcus Adams, there’s a whole lot of talent to build around. People have said the City Section was done producing elite players. Not true. Adams is that good. He had two dunks, made a couple of threes, dribbled at times like a guard and appeared to have a lot more to offer before the season ends.