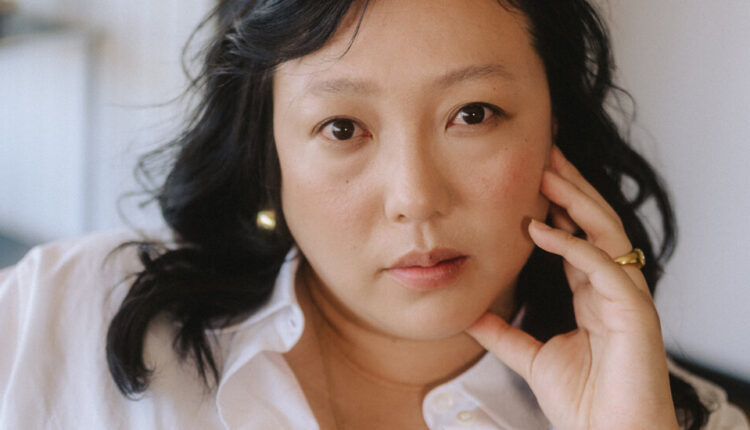 The Haim sisters are central figures in Ms. Grice’s world. They connected her with Ms. Bayer, whom they befriended when they were the musical guests on “SNL,” and Ms. Bayer in turn suggested Ms. Grice to Ms. Bryant.

Ms. Rudolph met Ms. Grice in 2017, while her partner, Paul Thomas Anderson, was directing a short film for Haim; he wrote the lead role in his most recent film, “Licorice Pizza,” for Alana. Maya Erskine, of the painfully realistic middle-school comedy “PEN15,” also connected with Ms. Grice through the Haim sisters. They went to the same high school in Los Angeles.

Haim’s looks tend to have a loose ease that comes off as both very Californian — they grew up in the San Fernando Valley — and very rock ‘n’ roll. They also show a keen appreciation for fashion: For their performance at the Grammys in 2021, Ms. Grice pulled vintage Prada and Helmut Lang looks. Danielle Haim in particular is a walking encyclopedia of fashion references and leads many of the band’s creative decisions, Ms. Grice noted. “In another life she would — or still can be — an amazing art director or creative director,” she said.

In public appearances, the sisters express their individuality while dressing cohesively, often in the same brand or with rhyming textures and color palettes. “She has an incredible eye for knowing what fits in our world,” they wrote of Ms. Grice in a joint email. “We are a band with three people with three different styles and they somehow fits us three puzzle pieces together to make something great.”

When Alana Haim started her press tour for “Licorice Pizza,” her debut film, Ms. Grice avoided looks that seemed typical of a bright-eyed ingénue. “Wearing gowns and dresses is new for me, but we both wanted to make sure that I was still me, just with a dress train,” Ms. Haim wrote in an email.

They went for Louis Vuitton trousers under a transparent skirt; draped, long-sleeved lion; a cutout lime green and gray ensemble by Nina Ricci; and, for “The Tonight Show With Jimmy Fallon,” a baggy camel suit from the row with a turtleneck underneath. That last look, which Ms. Grice said reminded her of Katharine Hepburn, seemed particularly emblematic of the stylist’s approach: comfortable, cool and designed primarily for the woman wearing it.

“I don’t know if everyone understood it,” Ms. Grice said. “But I loved it.”

GO & DO: Take a trip to Malibu | Bakersfield Life