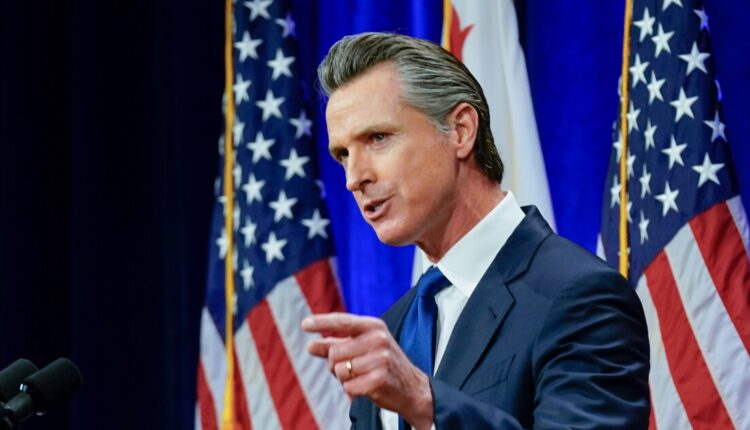 What’s your reason for opposing Gov. Gavin Newsom’s proposed rebate of $400 per registered vehicle (up to $800 per driver) to offset high gas prices? That including electric car owners makes no sense? That subsidizing driving undermines the fight against climate change? That excluding car-free Californians withholds assistance to the people who need it the most and are also affected by inflation? That temporarily suspending the state gas tax would be the easiest way to help?

It’s all of the above for our letter writers, none of whom has written approvingly (as of this writing) of the governor’s plan to pay millions of Californians for having a car registered in their name. I wouldn’t say this gives the lie to the idea that car culture reigns in California (it most certainly does, as one whiff of the air in any big city here can tell you), but it does suggest more people are thinking critically about the ways our government incentivizes how people get around.

Newsom often speaks of social equity and of making California a place that works for everybody, not just the wealthy. To give financial relief to individuals who can afford multiple Teslas while withholding it from individuals who cannot afford any car goes against every value Newsom claims to hold close to the heart as a public servant.

The governor also frequently cites sustainability as an issue of the utmost importance to California. Sustainability is an issue I am highly passionate about as well: Commuting via bike is a way to express my commitment to improving our air quality and lowering our collective carbon footprint. California should hold behavior like mine up as an example to other citizens of how we can build a more sustainable future together.

Instead, Newsom’s tax relief package devalues ​​my behavior while rewarding truck owners who get 20 mpg. I have never felt as invisible to my own government as when I read the details of Newsom’s proposal.

To the editor: As one of the multitude of carless Californians, I totally agree with your editorial panning Newsom’s proposal.

I live in Los Angeles and rely on Metro and Lyft to get me where I need to go. Metro discontinued the 201 line, which stopped a block from my apartment. I now have to walk several blocks, often on uneven pavement, to get to the closest bus stop.

Lyft has become somewhat less reliable because of a shortage of drivers. I’d like to see the company cover their drivers’ fuel costs — at least until the problem is resolved.

To the editor: Newsom never seemed richer or more out of touch than now. He’s pandering for votes by proposing $400 checks to wealthy car owners who have been squealing about gas prices, while ignoring those who do not own cars and are living in poverty.

Who needs that $400 more, the person struggling to feed their family because higher gas prices have translated to higher food prices, or Jay Leno with his 100-plus cars? The wealthy should not get a penny of state relief money, period.

To the editor: Why would anyone think it fair to give Caruso and other billionaires up to $800 as a tax refund to help with high gas prices? I’m a retired social worker making a modest income, but I’d rather forgo the refund and see it distributed to the working poor.

How about a cap of $50,000 per year in income? Then we could possibly increase the much needed extra funding to $1,200 per family.

Can you imagine a scenario in which you had to decide whether to gas up your car or pay your rent? I’m sure there are families pondering this very question.

To the editor: Just two months ago Newsom claimed that California was in a “transformational moment” to shift away from fossil fuels. Now he proposes a $11-billion direct subsidy for drivers and only $750 million for reducing transit fares?

“Pain at the pump” is felt by everyone in the state through higher grocery, shopping and other cost of living expenses. With lower income families being the least likely to afford a car, it seems like the least equitable and most environmentally harmful option for mitigating high gas prices.

To the editor: If the purpose of the proposed rebate payment being considered by the Legislature is to soften the financial impact on Californian from rising gas prices, I would like to suggest a more equitable alternative.

Eliminate the state gas tax portion paid at the pump, then calculate the amount of revenue loss to transportation funds in California and reimburse it from the state General Fund.

This will provide an immediate relief to most Californians without the need to await cash payment from the state. It would provide relief to all who purchase gasoline. Those who are highly dependent upon fuel in their businesses (such as truckers and delivery services) would gain much more relief.