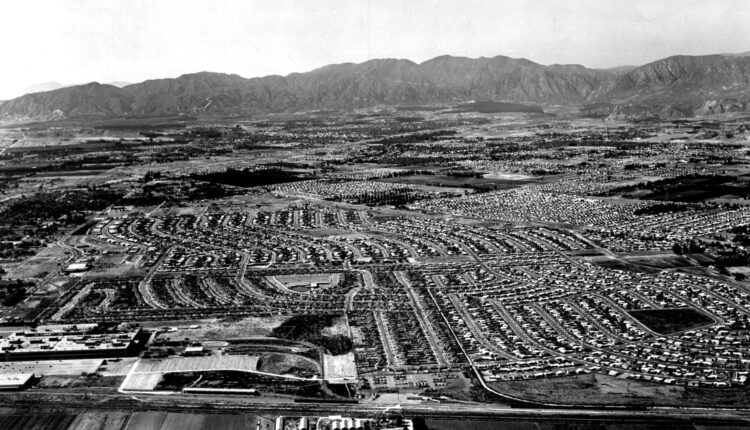 To the editor: Thanks to Gene Slater for his comment on the history of the Los Angeles apartment separation. It brought back memories of my shock and disgust when my husband and I bought our first house in Westchester in 1955 and we unwittingly became part of the Kentwood Home Guardians.

This was an organization founded in 1943 by the Superior Oil Company, whose declaration of protection included the provision that only members of the white race were allowed to live in the Kentwood area of ​​Westchester. Everyone who lived in that part of Westchester was automatically a member.

This was enforced until the Fair Housing Act was passed in 1968, and even after that, it was the agents’ unwritten policy to keep black housing hunters out of Westchester. In addition, it was known that a realtor who sold to a black buyer would never sell another property in the area again.

Thank goodness those days are over, but they shouldn’t be forgotten.

To the editor: The 1953 aerial photo of the San Fernando Valley caught my attention. That was the year our family moved from Cleveland to Sun Valley and bought a new home for $ 11,000.

One day in 1954 a neighbor knocked on our door with a petition for Papa to sign. Apparently an Asian family was planning to move into the street and this had to be stopped. In a language I can’t use here, Dad told the man he could go to Hell, and besides, we’d rather have the Asian family as our neighbors than this fanatic.

It was an awakening moment for me. I was very proud of my father that day.

To the editor: I lived with my parents in the Windsor Hills / View Park area of ​​Los Angeles in the 1950s and 1960s. I remember “blockbusting” not mentioned in the comment.

Blockbusting was an attempt to get white people to put their homes up for sale because they were told that people from South LA were coming to the area to buy and the owners should sell as long as they could get a good price.

When the Fair Housing Act was passed, we became aware of how African Americans can be “legally” excluded from housing. “Redlining” practices by lenders existed at least until the 1990s.

In 1980 I became a real estate agent in Orange County. Fair living rules were emphasized then and still are today. It is right to keep teaching about past discrimination, otherwise we will forget it or not learn at all.

To the editor: Los Angeles real estate agents may have led the way in the apartment separation, but they certainly weren’t alone. When we bought our house in Sacramento in 1993, there was a stipulation in the sample sales agreement that people of color weren’t allowed to buy in the neighborhood.

After finding this, I brought it to the attention of our agent. “Oh, this is no longer in force,” she said, “because federal law is replacing it.”

I was horrified and crossed out the section with a sharpie pen. I could not and would not agree to such a contract, regardless of the fact that racist intentions are invalid. The fact that it was still there indicated a lack of concern which I hope is not applicable today.