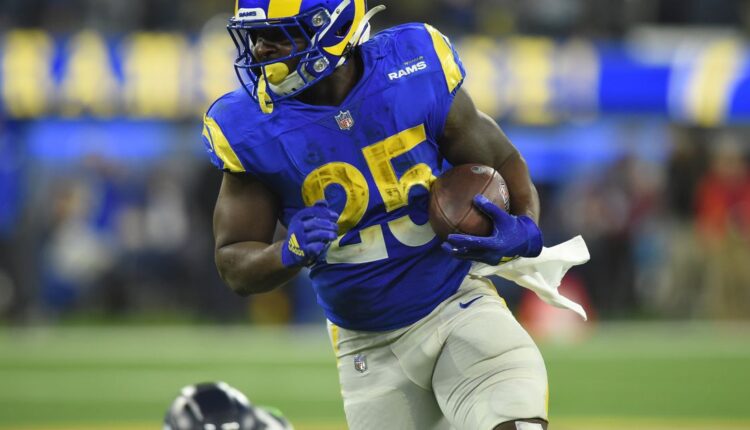 The Los Angeles Rams are at the helm of NFC West and have a chance to claim the division for the third time in the era of Sean McVay.

If the Rams win this week and the Arizona Cardinals lose, the Rams would be declared NFC West Champions.

The Rams travel to Baltimore for the final away game of the 2021 regular season. It is not yet clear whether they will face Lamar Jackson. The Rams (11-4) are 3-point favorites to beat the Baltimore Ravens (8-7) after the LA ran an undefeated run against the Cardinals, Seattle Seahawks, Jacksonville Jaguars and the Minnesota Vikings in December. Sony Michel has cooked for the Rams and has accumulated 423 yards in the last four games. The Rams’ backfield is looking to the return of Cam Akers and whenever that happens it could be a force to deal with when Akers and Michel are both in full swing.

The NFL’s leading rushers in December:

Sony was quietly the glue for the @RamsNFL offensive all along the way. @gmfb

Losing their last three straight to the Rams, Detroit Lions and Indianapolis Colts, the Arizona Cardinals (10-5) now head to the red-hot Dallas Cowboys (11-4) who have won their last four straight wins. It should be a good matchup with the cowboys in possession of the ball as it will then be the top ranked offensive against the fifth ranked defense in allowable points. Receiver Ceedee Lamb has over 1,000 yards and Ezekiel Elliot has ten touchdowns. The Cardinals have lost DeAndre Hopkins for the regular season and Kyler Murray has thrown three interceptions to two touchdowns in the last three games.

And now to today’s links:

How the Rams can win NFC West in week 17 (RamsWire)

Packers QB Aaron Rodgers on post-2021 resignation: “I wouldn’t rule that out” (NFL.com)

Playoff Clinch Scenarios for Week 17 of the 2021 NFL Season (NFL.com)