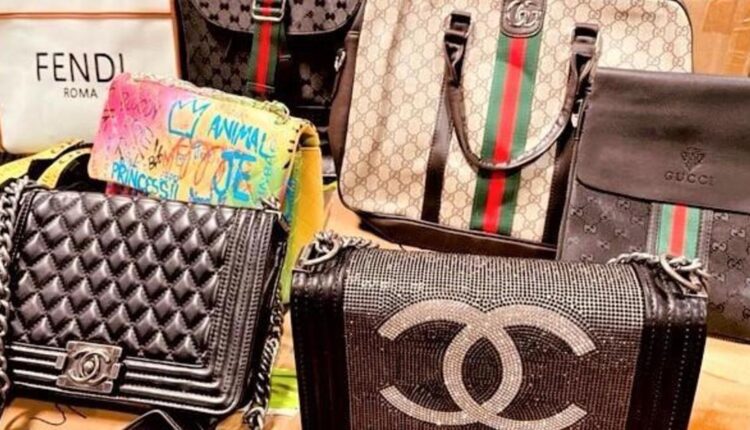 U.S. Customs and Border Protection officials seized 13,586 counterfeit designer products, which would have been worth a total estimated price of $ 30,437,775 if they had been real, the agency said Thursday. Officials warned buyers to look out for counterfeit goods during the Christmas season.

“Bad actors take advantage of e-commerce operations by selling counterfeit and unsafe goods through online platforms, especially during the Christmas season when shoppers are looking for deals,” said Donald R. Kusser, Port Director of Los Angeles and Long Beach, in a statement on Thursday.

On November 9, border guards and special agents with the US Homeland Security said they had seized a shipment arriving from China in the port cities of Los Angeles and Long Beach. The delivery included counterfeit products such as shopping bags and shoulder bags as well as backpacks and shirts with registered and registered brands such as Gucci, Chanel, Fendi, Yves Saint Laurent and Louis Vuitton.

CBP says bringing counterfeit goods into the country can result in civil or criminal penalties, and buying pirated goods is illegal.

Last year, the agency said it seized more than 26,000 shipments of counterfeit products – valued at nearly $ 1.3 billion if they were real – In the United States, handbags, wallets, and COVID-19-related products were among the most common items seized in 2020, and China was the common original source, CBP reported.

The agency warns that counterfeit products are typically of poor quality, threaten the country’s economy, contribute to other criminal activities such as human trafficking, and pose health and safety risks to consumers.

Counterfeit products are typically sold on unofficial websites behind lists that appear legitimate, the agency said. Consumers are advised to protect themselves from buying counterfeit products by buying goods directly from official retailers or the brand owner and reading seller reviews while shopping online. In the meantime, retailers are encouraged to register their trademarks and copyrights with CBP to protect their trademarks.

“If the price of the product seems too good to be true, it probably is,” said Kusser.

Tori B. Powell is the breaking news reporter for CBS News. Reach her at [email protected]

Is It Time to Change the Definition of ‘Fully Vaccinated’?