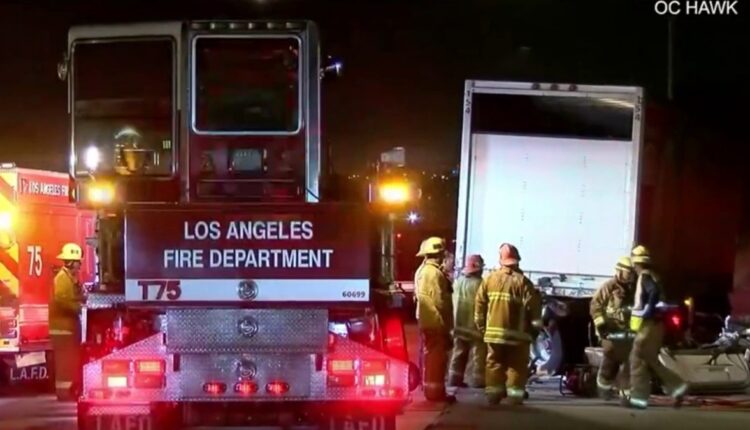 Authorities believe alcohol and excessive speed may have been factors in an accident in which two people were beheaded early Sunday morning in Granada Hills when a car crashed into the back of a large team on the Golden State (5) Freeway.

A 2007 Dart International tractor and trailer parked on the right shoulder of the freeway was hit behind by a speeding 2010 Lexus sedan that failed to turn the corner of the road just before the accident, according to a CHP statement .

Witnesses told the CHP that the silver sedan caught fire. The two inmates of the Lexus, a 38-year-old man and a 22-year-old woman, were pronounced dead at the scene. The 35-year-old man at the wheel of the big rig was unharmed.

The names of the two people who died in the crash were not disclosed until their families were notified.

All lanes affected were released again by 9:35 a.m.

The CHP’s Newhall office asked anyone with information about the crash to call 661-600-1600.