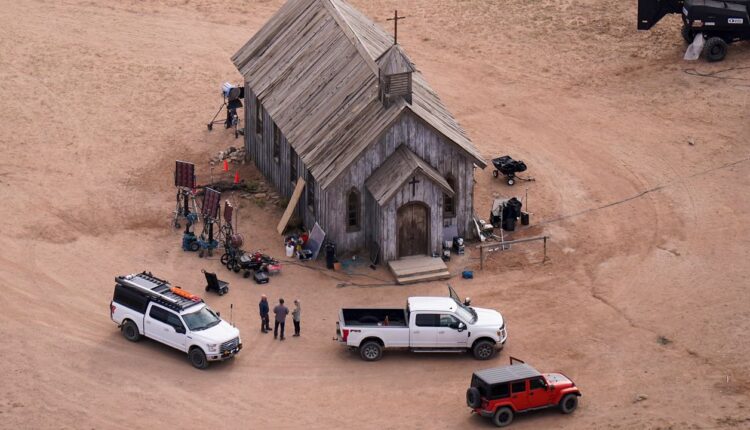 SANTA FE, NM (AP) – The assistant director who handed Alec Baldwin a prop gun that killed a cameraman on a movie set in New Mexico must be available for an interview with state security at work, a judge ruled.

District Judge Bryan Biedscheid on Friday approved a motion from the State Department of Environment’s Health and Safety Bureau to issue a subpoena to Dave Halls, assistant director for the film “Rust,” local news outlets reported.

Cinematographer Halyna Hutchins was killed and director Joel Souza was wounded while filming on October 21 on the set of Bonanza Creek Ranch near Santa Fe.

Security officials have tried to question Halls twice for their investigation since Nov. 2, but he turned it down both times through his attorney, saying he would not consent to an interview until a criminal investigation into the shooting is completed, a compliance officer wrote on Wednesday in an affidavit in support of the subpoena request.

The interview with Halls was necessary because he was responsible for security on the set, knew who was present during the filming and who had handled the gun, it said in the application.

Environment Department assistant cabinet secretary Rebecca Roose told the Santa Fe New Mexican that the department proposed an interview for Tuesday but the judge could reschedule or Halls’ attorney could fight the subpoena.

Halls’ attorney Lisa Torracco did not immediately respond to a voicemail from The Associated Press on Saturday for comment.

However, KOB-TV reported that Torraco had informed the broadcaster that Halls would be working with state investigators.

Baldwin said he didn’t know the gun contained a live cartridge and that investigators need to find out who put it in the gun.