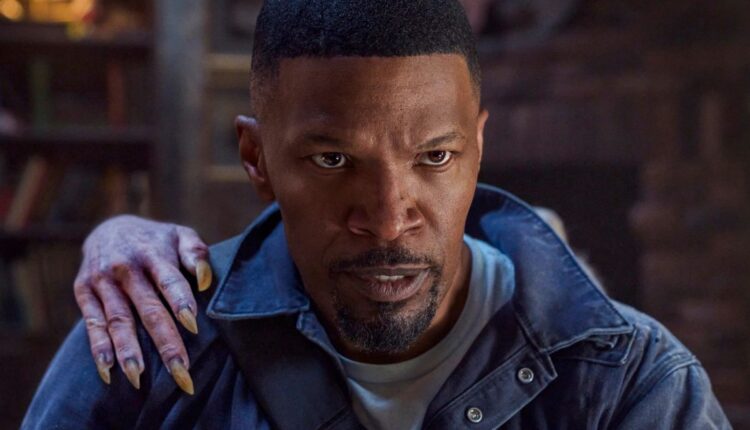 With Netflix’s global audience stagnating at just under 221 million users, the first-three-day audience performance of a film like Jamie Foxx action-comedy Day Shift can be rightly compared to other Netflix genre-film openings occurring months prior.

The platform isn’t growing exponentially from quarter to quarter, at least right now. So we’re no longer comparing apples-and-oranges when we put Day Shift’s three-day opening of 55.6 million viewing hours up against the 92.4 million watching hours drawn by Ryan Reynolds action-comedy The Adam Project when it debuted in March .. and conclude that Day Shift fell short of a stake through the heart.

Starring Foxx as a San Fernando Valley pool and family man who kills vampires on the side, with help from Snoop Dogg and Dave Franco, this little super-natural comedy also gets dinged for authenticity, of all things, by Next TV … which grew up in the valley in a family of pool guys, some whom are still working on getting the ol’ chemistry right!

Sure enough, Day Shift — which came in with a 49% Rotten Tomatoes score — was filmed in Atlanta, not the Adult Entertainment Capital of the World. (We may never have had our blood sucked by a vampire, but as a bored teenager, Next TV sure sucked down plenty of the “Champaign of Beers” at Mission Peak, and we have eyes for those hills.)

So with it. Day Shift did compare favorably to other recent Netflix comedies, including Rebel Wilson starrer Senior Year (debuted to 55.9 million viewing hours in May) and The Man From Toronto (the hitman-themed buddy comedy starring Kevin Hart and Woody Harrelson opened to 53.9 million viewings hours in June).

Among other Netflix English-language films, $200 million Ryan Gosling action pic The Gray Man was watched for another 21.6 million hours for the week of August 8-14, settling the film in in fourth place on Netflix’s all-time biggest 28-day openings , just below Red Notice, Don’t Look Up and Bird Box.

The biggest Netflix performance of all this week came from The Sandman. The first full week of the DC Comics-fueled original series yielded a strong 125.7 million hours of viewing.