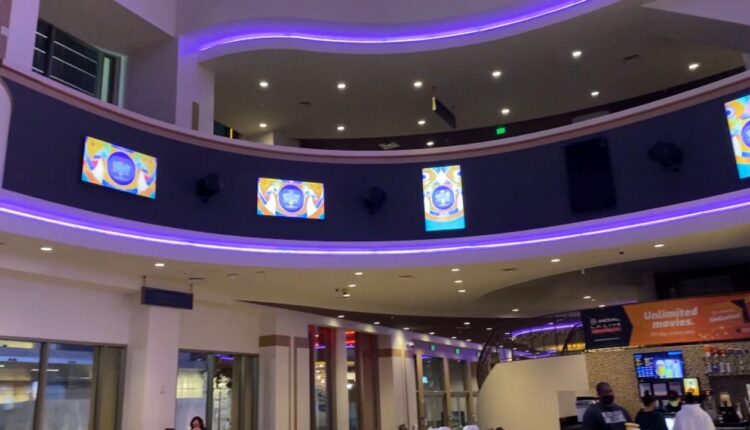 LOS ANGELES – When Edwin Gomez walked into a movie theater in downtown Los Angeles, he couldn’t hide his excitement.

That’s because Gomez attended the premiere of his own film, a short film called “Joyride”.

“I’ve been to a lot of other festivals, but all of them were streaming and digital,” he said. “This is actually the first time I’ve seen ‘Joyride’ grown up in a theater, so I’m super excited. This is one of the biggest festivals we have participated in. “

Gomez describes himself as a queer Nicaraguan filmmaker, son of immigrants who grew up in Baldwin Park. His father was a plumber, his mother hand-rolled cigars and eventually opened her own cigar shop.

Gomez noted that it’s “definitely the backyard of Hollywood, but while I’m closer that doesn’t mean it was easy to get here, especially with no industry ties and my parents, who aren’t filmmakers themselves.”

Gomez is one of 20 aspiring filmmakers who are part of Hola Mexico’s Tomorrow’s Filmmakers Today program. On the opening evening of the festival, the group walked the red carpet together.

“Making art is always such an individual thing, and we celebrate that,” says Gomez.

In addition to celebrating, the participants also learned from industry experts. For example, there is a workshop where they discuss marketing their films and themselves. Program Director Diana Luna noted that the program was born out of a need to increase Latino engagement in film.

“It’s an incredible amount of support that we can offer them as they find opportunities they wouldn’t otherwise have,” she said.

It’s an opportunity Gomez doesn’t take for granted. Sitting next to his family and friends while the lights went out, he not only told his latest movie, but also told a story that honors his mother.

“It’s a love letter to you and my grandmother and strong Nicaraguan women,” he said.

Gomez ‘film is a film that encourages people to share their past trauma and learn to heal. Gomez added that it was amazing to see and hear people’s reactions throughout the film.

“I thought it was a nice experience after we all watched the movie separately at home,” he said. “I had a lot of friends and family with me, so it meant a lot to me.”