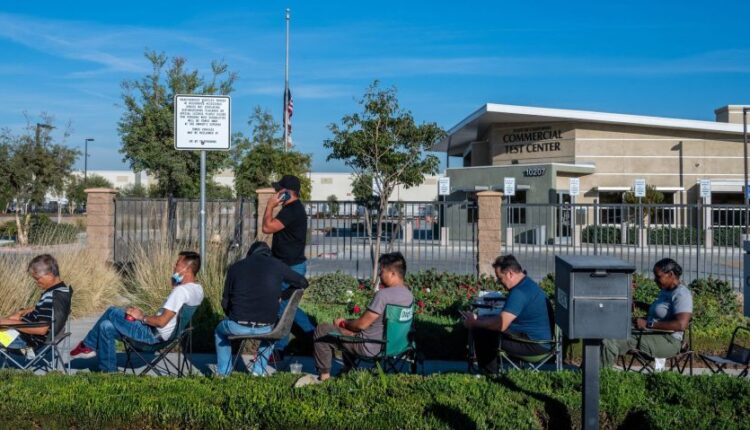 In order to clear the cargo congestion in the ports of Los Angeles and Long Beach and to resolve the shortage of truck drivers, the DMV is now offering commercial driving tests on Saturdays in three additional centers.

The COVID-19 pandemic and supply chain crisis are blamed for a deadline backlog at DMV that delayed tests for commercial Class A licenses at some locations by up to 90 days. It caused some people to camp on standby overnight at the busy commercial driving test center in Fontana, hoping to be squeezed in for an earlier appointment.

“There is a real need to increase the number of safe truck drivers in California for transporting goods,” said DMV director Steve Gordon in a statement on Wednesday. “Our goal is to give anyone who has to take a commercial driver’s license test the opportunity to get tested within 30 days if they meet the requirements. Depending on the location, prospective professional drivers can get an appointment for a test within a week. “

Governor Gavin Newsom said in a statement that the DMV’s increased testing for aspiring commercial truckers will “get more truckers on the road to get goods to where they’re needed faster”.

“The supply chain crisis is not a California specific problem, but we took quick action to relieve congestion and increase our capacity to move goods quickly,” said Newsom.

The demand for truck drivers has increased the number of enrollments in truck driving schools. Isabel Charleston, owner of the Commercial Trucking School in Santa Clarita, said she had seen “amazing” improvements in scheduling for her students over the past three weeks. She said she could schedule five to seven tests a week at DMV’s Ventura and Lancaster test centers for commercial trips, where she usually schedules her students. Before that, she said it would normally take 30 to 45 days to get an appointment for just one student.

“Everything is almost back to normal,” said Charleston on Thursday. “Now there is always a test. Just unbelievable!”

The truck shortage is not a new phenomenon inspired by supply chain problems. Prior to the pandemic, the industry had been suffering from bottlenecks since 2005, due, among other things, to a tight labor market, an aging truck driver population and a shortage of skilled new drivers, according to a 2019 report by the American Trucking Associations, the largest national association of the Forwarding industry.

The report found the industry would need to hire around 1.1 million new drivers by 2029, an average of nearly 110,000 per year, to fill the gap. And the COVID-19 pandemic has only exacerbated the situation, leading to an exodus of truck drivers who have retired early.

The DMV, which conducts approximately 5,000 commercial driving tests per month, is pushing to increase that number by 4,700 and is primarily focused on the greater Los Angeles area, which has the highest demand for tests.

KHN’s ‘What the Health?’: Why Health Care Is So Expensive, Chapter $22K