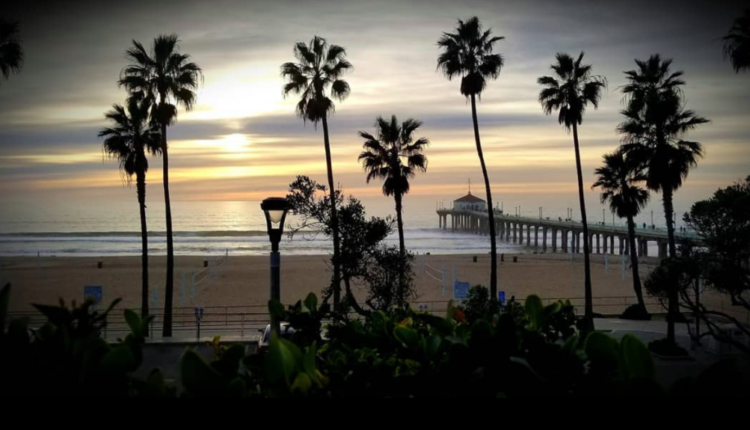 On July 2, 2020, as the first spring wave of Covid-19 subsided, local elected officials across Southern California ordered that virtually every beach from Santa Barbara to the Mexican border be closed. Cities around California have canceled fireworks. Governor Gavin Newsom closed bars and demanded masks in public places. What the officials couldn’t stop, however, were household gatherings and travel on the weekend of July 4th.

A year later, the beaches and bars are open for the fourth. Fireworks are the order of the day. Masks are no longer mandatory in public. And the health authorities are concerned.

“Another wave could become a very real possibility,” said Los Angeles director of public health Barbara Ferrer on Thursday. “It is still unclear to us whether the people vaccinated with the vaccines in the USA can transmit the Delta variant. Until more is known, individuals should add a protective layer. ”That protective layer, referred to by Ferrer, is a mask.

Last Monday, Ferrer’s department made national headlines when it withdrew its own Covid guidelines and “urgently” recommended masking on all indoor public spaces due to the rapid spread of the Delta variant. The World Health Organization did the same.

Another 549 new Covid-19 infections were reported in Los Angeles County on Friday. This is the highest number since mid-April this year and the number has passed the 500 mark for the second day in a row. This led to further calls to residents to get vaccinated on the 4th of July weekend and to exercise caution.

Those 549 are more than double the average daily number the county reported in mid-June this year when virus restrictions on the state and county were lifted. What’s even more noticeable is that it’s almost identical to the 570 new daily cases reported on July 2, 2020. There are a few differences, however.

The most important of these are the vaccines. Nearly 60% of eligible LA County’s residents were fully vaccinated by July 1. This is far better than the 47% of the national population who are fully vaccinated. But 4 million of the county’s 10 million residents are still not vaccinated, many of them children. That’s because vaccines are only approved for Americans over the age of 12.

While children have so far been less susceptible to Covid infections, the delta variant is 60% more transmissible. It is also thought to cause more severe symptoms.

At the end of June, Israel reintroduced the mask requirement for indoor spaces due to the spread of the variant. According to the Wall Street Journal, “About half of the adults infected in a Delta variant of Covid-19 outbreak in Israel were fully vaccinated with Pfizer Inc.’s vaccine.” Israel is one of the most heavily vaccinated countries in the world World, about 80% of citizens over 16 are fully vaccinated.

The number of new daily cases in the country caused by the outbreak was only 200, but that was an increase from 10 daily cases that had seen most of June. Delta appeared to be breaking the vaccine’s immunity and affecting those with stronger immune systems as well. According to the WSJ, “children under the age of 16, most of whom were not vaccinated, made up about half of those infected”.

A similar scenario has played out in the UK. A recent study by Imperial College London found that the surge in infections in early June was mainly driven by unvaccinated young people; The ones believed to be less vulnerable. The study found a 5-fold higher test-positive rate in children between 5 and 12 years of age and adults between 18 and 24 years of age than in people aged 65 and over.

It’s not just cases that have increased in LA The average 7-day rate of people who test positive for the virus remains very low at just 1.3%. At the beginning of July 2020 it was 10%. But the trend in 2021 is not good.

Test positivity has moved up over the past month. Test positivity more than quadrupled from a low of 0.3% in the first week of June. In the last week alone it has increased by over 50%. This trend even occurs as the daily test numbers – up until this week – are going down. This could indicate an even bigger increase in infections, which is masked by the fewer number of tests.

Hospital admissions for Covid-19 have also increased, although they fell slightly on Friday, with state numbers showing 275 virus patients in the county, up from 280 on Thursday. That was an increase from 275 on Wednesday and 255 on Tuesday. There were 72 patients in intensive care due to Covid, up from 74 on Thursday. Los Angeles County reported five more Covid deaths on Friday, bringing the county death toll from the virus to 24,492.

“Whenever we see cases doubling and test positivity quadrupling in a short period of time, we are reminded of how easily the virus can spread,” Ferrer said.

The Delta variant is thought to be responsible for more than 26% of current infections in the United States. Ferrer said 245 Delta variant cases were confirmed in the county on Thursday, almost twice as many as last week. Given the cost, the county only runs a limited number of the sequencing tests needed to identify the variants. Despite the small number, Delta has developed into the most dominant proven variant in the district.

She reiterated that existing vaccines offer strong protection against the variant, but breakthrough infections do occur in fully vaccinated individuals. And these people – although they have a small risk of getting seriously ill – could potentially spread the infection to others, especially the county’s millions of unvaccinated children.

Last week, for the first time since May, an average of more than 1,000 cases were registered nationwide. On Friday, the daily number of new infections rose to 1,792, a number California hasn’t seen in months. The test positivity also rose from a low of 0.7% in early June to 1.5% on Friday. That prompted Governor Gavin Newsom to tweet his own warning about the Fourth, asking the Californians to get vaccinated.

We know the Delta Variant is contagious – and on the rise.

We know our hospital admissions keep increasing – and most patients are unvaccinated.

We also know the science is clear – vaccination protects you AND those around you.