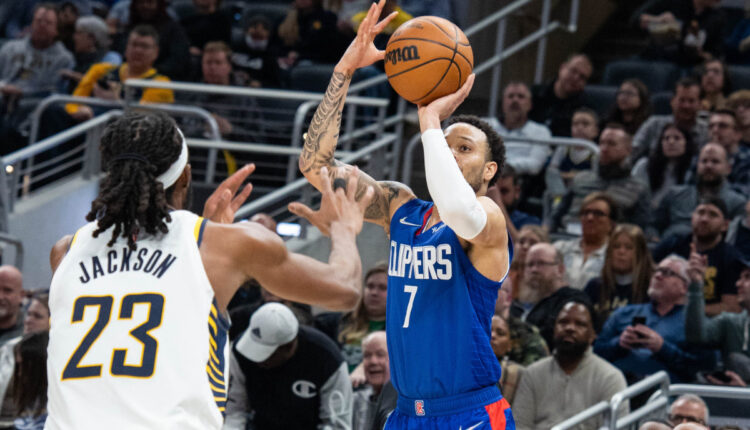 The Indiana Pacers begin a lengthy road trip today with an afternoon game in Los Angeles against the Clippers. The Clippers are dealing with multiple injuries, but the early start time and the fact that it’s the first game of a long road trip means this could be a trap game for the Pacers.

Indiana is 11-7 and having an incredible month of November. Boston is the only team in the league with a better record than the Pacers across their last ten games. The 11-9 Clippers, meanwhile, have lost two straight without their superstars.

Spread and Over/Under: The Pacers are slight favorites as they are -1.5 in the SI Sportsbook. The over/under for the game is 220.5.

For the Pacers, center Daniel Theis (right knee surgery) and wing Chris Duarte (left ankle) are still out. Andrew Nembhard (left knee) is questionable. Trevelin Queen and Kendall Brown are questionable as they could be in the G League as a part of their two-way contract. Brown debuted in the NBA last Wednesday.

Buddy Hield vs Terance Mann: With Leonard and George out for the Clippers in recent games, Mann has stepped up for LA — he has 33 points in the team’s last two outings.

Held is fresh off of his highest scoring game of the season when he dropped in 26 against the Brooklyn Nets on Friday. Another good game from Hield, who defended Kevin Durant that night, will go a long way in slowing down the depleted Clippers.

TJ McConnell vs John Wall: Despite playing just 56 games over the past four seasons combined, Wall still has burst and can be a weapon for LA. He scored 23 points on Friday against Denver.

McConnell is one of the Pacers better perimeter defenders. If the Pacers can win the bench battle against the banged-up Los Angeles squad, they will be hard to beat, and McConnell is in a nice run of offensive form as well.