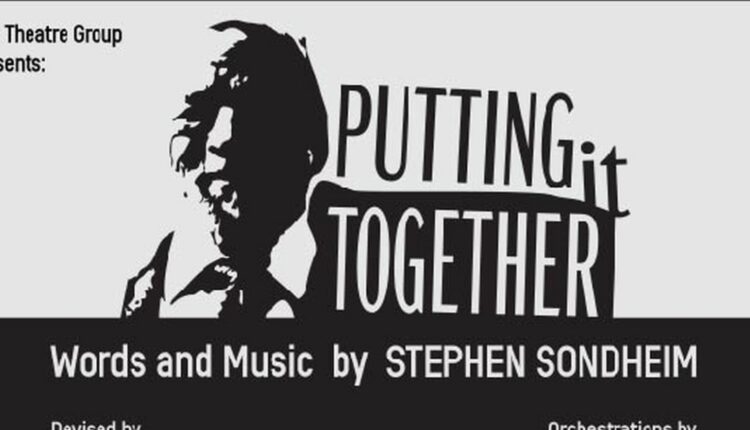 Putting It Together is a musical revue devised by Stephen Sondheim and Julia McKenzie. With two acts totaling 90 minutes, Putting It Together repurposes some of Sondheim’s most famous songs, and mixes them with some of his hidden gems to tell a story about the complicated nature of modern relationships. The show follows two couples at varying stages of their lives as well as a mysterious observer as they explore what it means to truly connect with one another.

Putting It Together is a guest production at The Other Space at Santa Monica Playhouse. Performances are March 18th and 19th at 8pm, the weekend just before his birthday which is on March 22nd. This show is first and foremost a celebration of how he has and will continue to inspire a younger generation of actors through his timeless music and lyrics.

The show will also be a showcase of up and coming talent in Los Angeles, consisting of recent graduates of programs from USC, NYU, London Academy of Music and Dramatic Arts, and David Mamet’s Atlantic Theater Company full-time conservatory. The actors who didn’t get the opportunity to revel in the culmination of their training via a live show due to the pandemic have now decided to take matters into their own hands.

Anyone who loves theatre, loves Sondheim, and loves small intimate shows will enjoy this production. Valuing skill and passion over spectacle, the show is intimate and Sondheim in his most bare state, proving that Sondheim’s work stands on its own. With only actors and a piano, his music comes to life. Putting It Together was put together by dedicated and scrappy actors who used everything at their disposal so they could have this one weekend where they can celebrate a man who brought so much beauty to the world through art. Art that can bring people together. Now more than ever, after being stuck at home for almost 2 years, it’s time to go back to the theater to reconnect with ourselves, and our loved ones around us.

FCP Theater Group is a recently formed LA-based theater company founded by actors in the play. With experience putting on theater in NYC before the pandemic, the actors were eager to get back on stage at long last! FCP stands for Foster Cat Productions, inspired by the founders passion for fostering sick/stray cats and helping them find forever homes.

FCP Theater Group can be reached at [email protected]

Tickets are general admission at $15, must be purchased in advance through the Eventbrite link below.

Tickets can be purchased here: https://www.eventbrite.com/e/putting-it-together-a-musical-revue-devised-by-stephen-sondheim-tickets-251716048477