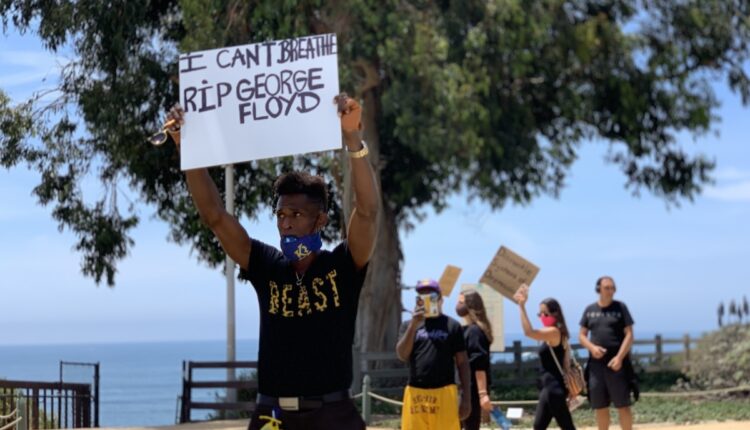 Black Lives Matter Los Angeles and protesters have filed a federal lawsuit against officials and the Santa Monica Police Department for handling mass demonstrations that broke out after the murder of George Floyd last year.

The complaint filed in Los Angeles Federal Court on Monday alleges that the 31st Floyd died in May 2020 after being arrested by police and held by the knee of former Minneapolis policeman Derek Chauvin, who last week for 22 and a half years of murder Was sentenced to prison.

The complaint filed on Monday also accuses the SMPD of the false arrest, assault and battery of over 300 protesters who were shot with projectiles by officials. The plaintiffs further allege that the SMPD targeted protesters for arrest, transported them to a makeshift prison, and told them that they would be arrested if they returned to Santa Monica.

According to the complaint, the SMPD violated protesters’ constitutional rights “by preventively banning peaceful gatherings, surrounding protesters, subjecting them to unlawful violence, arresting them and cuffing them for hours on buses with no access to toilets, water or food”

Plaintiffs allege that the lawsuit affects approximately 300 people arrested by the SMPD and over 300 people subjected to direct violence by officials. Lawsuits the plaintiffs are seeking include the deletion of the protesters’ arrest records and compensation for damages.

The lawsuit names the city, 10 not yet named officials and former SMPD boss Cynthia Renaud, who was forced to resign after the department dealt with the incident, as the defendants.

The city said it was reviewing the complaint when asked to comment.

The SMPD postponed the city’s statement when it asked for comment.