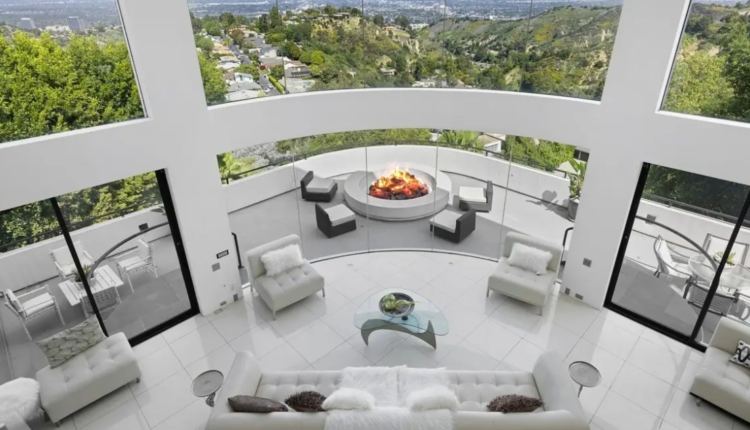 CALIFORNIA — Some major stars and notorious names are putting their incredible California homes on the market.

From Calabasas to Beverly Hills and Pacific Palisades, these celeb mansions, compounds and cushy spots are now listed for millions. Let’s take a closer look.

Maroon 5 singer Adam Levine and supermodel Behati Prinsloo listed their $58 million Pacific Palisades mansion, which he purchased from Ben Affleck and Jennifer Garner. This celebrity compound offers ocean views and features three structures, including the guest house Affleck famously moved into during his split with Jennifer Garner. But Affleck, Garner, Levine and Prinsloo aren’t the only famous names to live at this Pacific Palisades address. According to Realtor.com, it’s also been home to actor Gregory Peck and producer Brian Grazer. These days, the “Voice” star and Victoria’s Secret model call it home, adorning the walls with their curated art collection. The main house is 9,000 square feet. It includes five bedrooms, eight bathrooms, a pool and a basketball court.

The landmark “Ship House,” which was leased by Prince, Justin Bieber, Alicia Keys, Ashton Kutcher, and One Direction, is listed. The residence is featured in movies, commercials and television shows. It’s also the largest home in Sherman Oaks, overlooking Bel-Air. It’s almost as famous as its residents. The 11,000 square foot home is shaped like the prow of a cruise ship and boasts a theater, two kitchens, six bedrooms and eight bathrooms. It’s hosted countless Grammy and Oscar parties and has been featured in videos boasting nearly 1 billion views.

A couple who pleaded guilty in the college admissions scandal is listing their Atherton home for sale for more than $15 million. The Atherton mansion is owned by Manuel and Elizabeth Henriquez, who pleaded guilty in 2019 to charges related to the college admissions scandal, with both spending time in prison. The home contains six bedrooms and 6.5 bathrooms and features a wine cellar, gym and grand dining room.

It looks like Drake is finally moving out of the San Fernando Valley. The music icon listed his larger-than-life 3-acre Hidden Hills home for $14.8 million. He is reportedly making his way to Los Angeles proper after spending years in the San Fernando Valley and purchasing Robbie Williams’ Beverly Crest home, according to the Los Angeles Times. The 12,500 square foot Hidden Hills home has luxurious amenities fit only for a superstar including a grotto-style pool with a caves and waterfalls, a massive wine cellar, a beach volleyball court and a 24-seat movie theater. The house has a rustic and modern feel with extravagant detailing like marble fireplaces and a Chanel surfboard as decoration.

Another San Fernando Valley listing is hitting the market. Former Los Angeles Rams linebacker Clay Matthews is ditching his $27.9 million Calabasas mansion, according to realtor.com. The 1.65-acre property sits inside The Oaks of Calabasas. Matthews bought the land in 2013 for $2.6 million and custom-built the mansion in 2020 with his wife and “Design on a Dime” host Casey Noble Matthews. The house is impeccably homey for its size, with funky colored rooms and a gorgeous view. The house boasts unbelievable amenities, like a 15-seat movie theater, a wine cellar and a nine-car garage.

California girl Katy Perry listed her Beverly Hills home for $19.5 million. The five-bedroom Beverly Hills Post Office area home is in a gated area among major celebrities such as Jennifer Lawrence, Nicole Kidman and Penelope Cruz. The secluded home sits on a 1.16-acre plot, tucked away up a quarter-mile tree-lined driveway. The home is surrounded by beautiful greenery and a gorgeous mountain view. The contemporary house has colourful, funky design elements throughout. But don’t be fooled by its homey feel — the expensive home boasts lavish amenities like a massive home gym, infinity pool, stunning marble bathrooms and a massive kitchen.