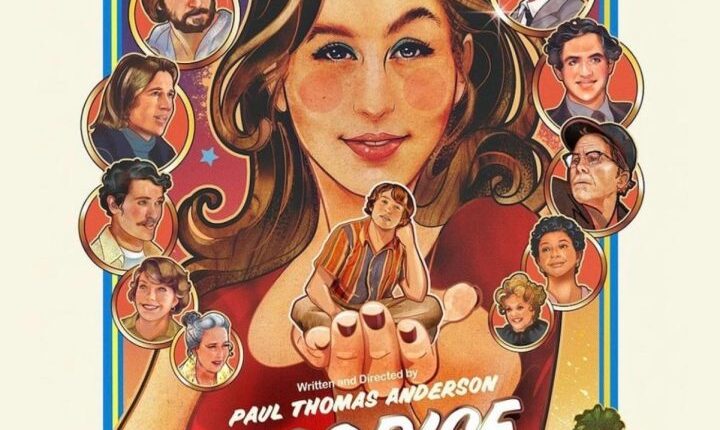 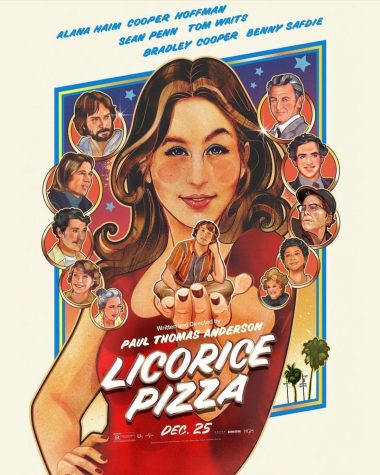 In his latest feature Licorice Pizza, director Paul Thomas Anderson does what he does best: encapsulating both the mundane and the magical. His newest film is a brilliant snapshot of what comes with living in the San Fernando Valley.

I was thrilled to learn in late 2019 that Anderson was working on a new film about a young actor living in the Valley in the 1970s. Licorice Pizza is Anderson’s fourth feature film set in the sprawling Los Angeles basin and follows over a decade of work that has consisted of mostly serious, cerebral movies. The news of another valley movie — one that might compare to my personal favorite, Boogie Nights — what an exciting prospect. It was worth the two-year wait. Licorice Pizza is the perfect title for a film that exudes so much simple joy, although the name is really just an homage to a record store chain from the time.

Starring musician Alana Haim as Alana Kane, Licorice Pizza tells the story of a 25-year-old photographer’s assistant feeling as though her life lacks any purpose. The film follows her growing friendship with 15-year-old Gary Valentine, a moderately successful child actor played by Cooper Hoffman, son of Philip Seymour Hoffman, who frequently collaborated with Anderson. Given their endearing charm that transcends the screen, it is surprising that this movie is both Haim and Hoffman’s film debuts. Their palpable chemistry works to make the many clichéd and romantic tropes Anderson deploys feels sincere and sweet.

When we meet Alana and Gary, it’s pictured day at Gary’s high school and Gary pesters her for a date. Though she initially dismisses him on account of their age difference, Alana finds herself inexplicably drawn to him, ensuing in the film’s joyful, funny, and heartfelt romp through the ’70s. In a series of vignette-type set pieces, Licorice Pizza meanders between their many adolescent slowly exploits: selling waterbeds (the hot new thing), Alana lying to agents to start her acting career, and opening an arcade. Peppered in are encounters with big names in Hollywood, including a particularly tense but hilarious day with irritable Hollywood producer Jon Peters (played by Bradley Cooper).

For all of these exciting moments, however, there were plenty of points during the movie where I felt compelled to check the time — not because I was bored, but because I was wondering where all of this was supposed to be going.

The answer is nowhere, really. People looking strictly for conflict and resolution might find Licorice Pizza to be nothing more than self-indulgent nostalgia with a soundtrack containing a plethora of ’70s gems. There are large swaths of time where it seems like nothing is actually happening and you are simply lulled into the languid aura of the Valley. There are also multiple cheesy running montages set to romantic tracks that may make some viewers roll their eyes. But the true strength of the movie is Alana and Gary’s unhurried, clumsy, and sweet antics. They are two people just trying to understand what it means to grow up, but in a far more subtle way than most movies of this genre depict.

The film shines in showing how their age difference instigates conflict between them as they each navigate their coming-of-age. Gary, constantly trying to prove his maturity and impress Alana with his acting skills, can’t evade the realities of being 15. He mindlessly engages in juvenile, teenage-boy humor rather than comforting Alana after one of their plans goes wrong and their waterbed truck runs out of gas at the worst possible time. Alana clings on fiercely to the title of “adult” that comes with being 25, but between her overbearing parents (played by her real-life parents) and her inability to accept the nature of her unconventional friendship with Gary, she’s left feeling as if her life will never amount to anything more than what it currently is.

Haim’s natural acting talent is on full display, making the viewer believe in both her optimistic spirit and defiant attitude. Her acting is especially impressive during a heartbreaking and tender conversation she shares with a gay man she meets after being duped by a charismatic local political candidate, played by Benny Safdie, who she tries working for. The short moment provides a simple revelation about love and personal connection with enough momentum to catapult Alana and Gary’s strange and strained relationship to a surprisingly emotional and loving place, one that feels wholly earned.

Anderson paints these poignant moments with a deft cinematic touch, and coupled with Haim’s acclaimed performance, it is hard not to walk away from this movie feeling gratified and buoyant.

Though I found Licorice Pizza to have more high points than low, the film’s relationship between an adult woman and underage boy has been the subject of controversy. Alana’s willingness to entertain Gary’s preoccupation with her is certainly unorthodox, but ultimately harmless, especially given the time period. It’s true that flirtation lingers underneath their sibling-like banter, but never so much that it strays to a significantly inappropriate place. Alana depends on Gary, not for romantic fulfillment, but to feel as though she has some worldly importance. That may not be enough justification for some viewers, particularly because certain moments unintentionally move into an ethical gray area, but such scenes should not detract from all this movie has to offer.

While this film won’t be at the top of my personal ranking of Anderson’s filmography, it did leave me grinning. It is a fitting feeling for a story so focused on youth and the struggle of young adulthood. Licorice Pizza isn’t perfect, but has enough dazzling moments to make you think back and smile fondly.