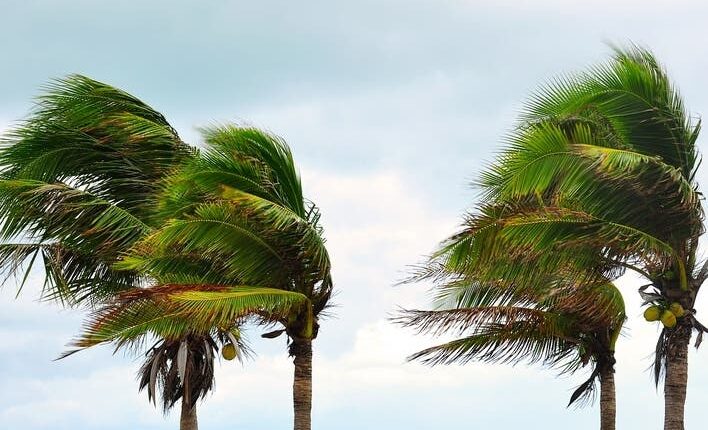 In Van Nuys, a car crashed into an SUV that was being driven by Lorena Lopez with children on board.

“Of course I was happy, nothing happened to them,” Lopez told KTLA.

More than 30,000 Los Angeles Department of Water and Energy customers lost power during Monday’s wind storm, although most had their power back on Tuesday morning. Windy conditions continue to wreak havoc in parts of the state, prompting Southern Californian Edison to warn that more than 9,000 customers in Los Angeles and the surrounding counties could experience deliberate power outages this week. According to the utility company, the outages would mainly affect customers in the vicinity of Santa Clarita and Simi Valley.

Further north, Pacific Gas and Electric have already started to cut electricity for customers as a precaution
The Los Angeles area was expected to have cooler temperatures through the end of the week, with highs on Tuesdays in the mid-60s to below 70s and winds still in the 15-25 mph range.