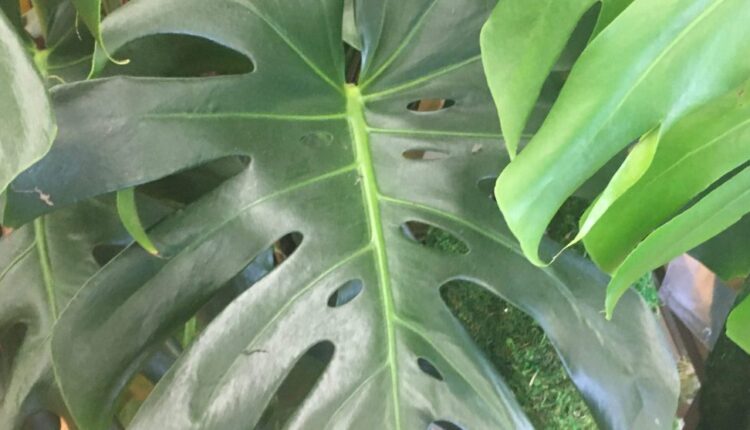 “Pets are the new children and plants are the new pets,” according to a new survey. Most houseplant lovers agree with this statement, finding that houseplants contributed to their mental health during the pandemic. (The survey sent to me by a marketing firm was conducted by CraftJack, a provider of leads for contractors.)

The implications of this caring mindset are profound. I believe it reflects a need for care that can be met by taking care of the needs of the plants. That is, by caring for them, we are nourished in return. And the steadily increasing number of dog and cat owners reflects a similar trend. Perhaps this is the silver lining of the pandemic: As more of us take plants and animals into their homes, the nursing skills we acquire and the uplifting feelings that result need to continue to be expressed until we can no longer rest, until the people around us are adequately cared for too.

Based on the above survey, the most popular houseplants are succulents, and aloe vera is the most commonly grown among them. The origin of the word “aloe” can be found in both the Hebrew and the Arabic language. “Ohalim” means “tent” in Hebrew and thus a connection to aloe is found, since aloe seeds are tent-shaped. Aloe vera is believed to be native to the Arabian Peninsula, North Africa, and the Canary Islands, although almost every other species of aloe is native to South Africa.

There are more species of aloe than any of us are likely to see in multiple lifetimes. They range from small-leaved ground cover and vines to inspiring trees with every shrub size in between. Nearly 200 species of aloe are grown by San Marcos Growers in Santa Barbara. To see pictures of them, go to smrowers.com. Retail nurseries that maintain inventory from San Marcos Growers are listed on the website.

Aloe Vera differs from other types of aloe in its success as a houseplant. Other aloes are much more difficult to grow indoors. However, in order for aloe vera to produce yellow flower tips, you need to plant it outdoors. While she can handle full sun, I’ve seen her grow more abundantly in the half-day sun when planted in hot summer areas such as Woodland Hills, the hottest part of the San Fernando Valley.

From ancient times to the present day, aloe has been extolled for its therapeutic value, especially since the gelatinous substance that fills its leaves is used to treat burns and other skin conditions, but it can also be eaten raw or mixed into smoothies. Aloe gel has antioxidant and antibacterial properties and improves overall digestive and oral health. The market value of aloe vera gel and its derivatives, used primarily in personal care products such as lotions and shampoos, exceeds one billion dollars annually.

There are resources online that show how to harvest aloe gel for immediate use or for storage, but as always, it’s a good idea to do your homework or consult an expert with your questions before using it try.

The name Aloe Vera, which means true aloe, was only given when explorers brought agave plants back to Europe from Mexico and the American Southwest. Due to the similarity of the agaves with aloe, the name Aloe Vera was created, which distinguishes it as “really an aloe” and does not consider it to be an agave. The botanical name Aloe barbadensis is used synonymously with Aloe Vera and refers to its lush growth on the island of Barbados, where it was first grown commercially, although it arrived there as an import from halfway around the world.

According to the indoor plant survey mentioned above, the Swiss cheese plant (Monstera deliciosa) is the trendiest indoor plant, measured by the frequency of its appearance on social media. Sea green leaves are perforated and deep cuts are everywhere. Monstera (mon-STER-a) grows as a sturdy vine in its tropical Central American habitat, climbing to the top of 70 foot tall trees. You can encourage your monstera to climb vertically by placing a sphagnum moss stick in their container. Poles are available from kindergartens and internet retailers in 18 “and 36” lengths.

Monstera inflorescences are reminiscent of those of the peace lily (Spathiphyllum), to which it is closely related; a milky-white curved spathe encloses a white columnar spadix. The spadix is ​​dotted with innumerable inconspicuous flowers, but each one develops into a small but tasty fruit, the tropical taste of which is a mix of pineapple, banana and coconut. Monsteras do not bloom or bear fruit indoors, but can do so outdoors in sheltered locations in southern Orange or San Diego Counties. However, you need to hand pollinate. After the spadix opens, shake the pollen on a cloth, pick it up with a small artist’s brush, and dab it on the female organs or scars.

Vegetative or clonal propagation of your Monstera is easy to accomplish due to the formation of aerial roots along the stems during growth. Simply loosen the end of a stem except for an aerial root or two and place it in a container, covering the roots and a minimal portion of the stem with potting soil. Potting soil should cover the minimum amount of stem necessary for the stem cut to stand on its own as it could rot if you bury too much of the stem.

The second most popular plant is the violin leaf fig (Ficus lyrata). It seems that the drama is a motivating factor in choosing house plants, as fiddle-leaf figs like Monstera (named for monstrous leaves that can get three feet long and almost as wide, with harrowing holes and cuts) have leaves that likely have theirs Bringing out beauty portion of oohs and aahs. Yes, the leaves look like violins that can grow up to 18 inches long as the plant itself grows up to your ceiling and even more. If you appreciate the presence of this species but not its size, you can go for ‘Bambino’, a type of violin leaf that grows to only 60 cm high. Its leaves expand to only 20 centimeters, but are slightly more rounded than normal violin reeds.

Michael Kappel, a befriended master gardener, has managed to propagate his violin leaf fig hydroponically. First he filled a vase with glass marbles and water. Next he cut back the end portion of a stem with five leaves attached and anchored the stem underneath the leaves in the marbles. Eventually a mass of roots began to grow from the base of the stem and new leaves sprouted from the top of the stem.

Tip of the week: According to the survey quoted above, the so-called lucky bamboo is a very popular houseplant. With its twisted stems and lanceolate leaves, it can hardly be overlooked. Lucky bamboo is regularly recommended by interior designers who adhere to the principles of Feng Shui. The stems and leaves of this plant definitely resemble bamboo, but it’s just a resemblance. The scientific name of the lucky bamboo is Dracaena sanderiana and actually belongs to the asparagus family. The sinuous formations you see are the result of covering the plants as they grow so that their stem tips stretch for the light. Lucky bamboo is easy to propagate. You can take sections as small as a few inches and place them in a cup of water. Make sure that each piece of stem to be propagated has at least one knot, which is the junction where leaf meets stem. The roots should start growing within a few weeks. Lucky bamboo should not be placed in direct light or a dark corner. Indirect light fits in perfectly. If the leaves start to turn yellow or are burning at the tips, this is a sign that there is too much light. Give him a few drops of liquid plant food every month or two. The water that lucky bamboo grows in should be changed every two weeks. Of course, you can always pot your plants in soil. Another way to propagate this plant is to cut off a stem and lay it on its side in regular potting soil. At each node along the stem, roots form, followed by leaves.