What’s to see this weekend: “Licorice Pizza”, “The Beatles: Get Back”, “The Waltons’ Homecoming” and “Nash Bridges” serve up nostalgia for Thanksgiving 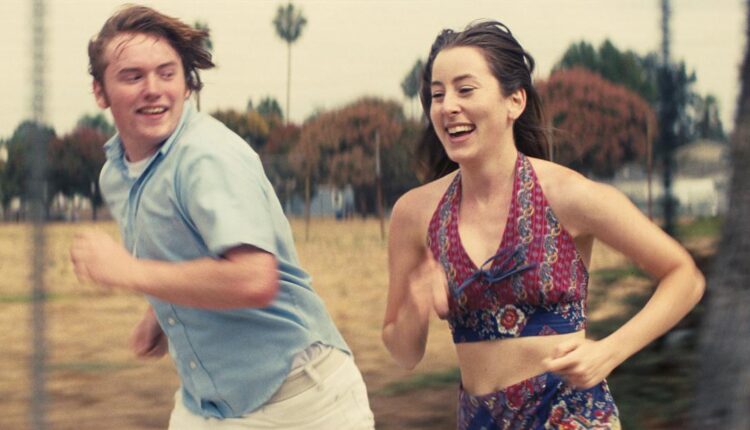 Music plays a big role in all of this, unsurprisingly, as director Peter Jackson’s multi-part documentary “The Beatles: Get Back” makes its debut on Disney +, a few days after a film dedicated to another ’60s act, the Beach boys. in theaters and on demand with the touching “Brian Wilson: Long Promised Road”. ; and “House of Gucci,” a lewd true detective story about the struggle for the fashion empire, spanning from the late 1970s (disco dominates the soundtrack) to the mid 1990s.

Finally, the weekend features a few reboots and revivals of television movies, with CW’s “The Waltons’ Homecoming” – based on the 1970s TV show set in the 1930s – and US “Nash Bridges,” which featured Don Johnson and Cheech Marin two decades after the cop show cracked its last case on CBS.

That is obviously a relatively small part of the festivity watching the holidays, which has the usual spate of Christmas movies (which seem to start earlier each year) and other nostalgic items like Disney + s “Home Sweet Home Alone,” which is another unfortunate one Turning child more upside down includes than 30 years after the original exercise in poor upbringing.

Here are a few meaty thoughts on some of these titles. And whatever you want to see before, during or after Thanksgiving, Bon Appetit.

The embodiment of nostalgia without sentimentality, “Licorice Pizza” captures a time and place in the 1970s, when Nixon was on TV, Vin Scully called Dodger games on the radio, gas lines formed due to bottlenecks, and a boss bold could hit his coworker on the buttocks without fear of the consequences.

At its core, the film is a peculiar love story in which Gary (Cooper Hoffman, the son of the late Philip Seymour Hoffman), who will soon be 16, and the older Alana (Alana Haim, from the rock band) find a direction in one another Unfocused life thanks to Gary’s plans to get rich quick, which include peddling in waterbeds.

A couple of real ’70s characters find their way into the couple’s Hollywood-heavy plot, with Bradley Cooper portraying producer Jon Peters as the wildly flamboyant maniac who actually buys one of the beds. Sean Penn also shows up as an actor (name has been changed but only slightly) full of strange stories, although it’s not entirely clear whether he can separate reality from his films.

“Licorice Pizza” really doesn’t have much of a storyline and plays out like a series of loosely connected episodes, in a way that becomes more obvious in the second half. It also doesn’t really address some of the nagging questions about Alana, whose periodic tantrums are among the only poorly written scenes in the film.

With these disclaimers aside, Anderson (who has directed a number of Haim videos since his last movie “Phantom Thread”) has made another very entertaining film that captures a very special time, but also the enduring and universal nature of itself evolving relationships in the most unexpected ways.

Incidentally, the title comes from a chain of record stores that were popular in the 1970s but no longer exist – a fitting symbol of the desire to give a new twist to this bygone era.

In a three-part documentary that lasts almost eight hours, director Peter Jackson essentially lets loose the “Lord of the Rings” approach on the Beatles. With access to previously unseen Michael Lindsay-Hogg footage, the filmmaker delves (very) deeply into the Fab Four’s creative process as they worked on the groundbreaking 1970 album “Let It Be”.

It is a breathtakingly intimate love work that offers a fascinating insight into the interpersonal dynamics of the group – and the creative tensions – in seemingly unguarded moments despite the presence of the camera. The only downside is the exhaustive length which in some respects requires wading through the material working in a lesser key, although this madness has an obvious method.

While Jackson is clearly content with letting the Beatles do the talking, a little more curating certainly wouldn’t have hurt. Still, “Get Back” offers every student of music history an irresistible access and insight into the reasons why the band later broke up, even if it is perhaps better consumed in smaller bites than in one large gulp.

On the other hand, that’s not bad advice for this weekend in general.

As a footnote, Jackson’s Ode to the Beatles follows Brian Wilson: Long Promised Road, an extraordinary look back at the Beach Boys mastermind’s life and career that features all the right voices praising him, including Bruce Springsteen and Elton John.

“He had an orchestra in mind,” says John in amazement. “The Beatles had [producer] George Martin did it for her, but Brian did it himself. “

Not every musical foothold warrants such expansive treatment, but as Wilson himself wrote, wouldn’t it be nice?

Fifty years after the movie that started the original series, Richard Thomas returns to introduce and narrate this very serious (what else?) Return to Waltons Mountain, again in the form of a TV movie. The story depends on whether papa comes home for Christmas. The new cast stars Bellamy Young from “Scandal” as Olivia and Logan Shroyer (“This is Us”) as John Boy. And yes, everyone says “good night”. (It’s from Warner Bros. Television, like CNN, part of WarnerMedia.)

Nash and Joe are back on a movie-length adventure with many younger coworkers raising the former about being a dinosaur and occasionally grumbling about things like using directional apps while on a chase.

In perhaps the most inspirational fold, Marin’s character succeeds in running a cannabis dispensary that is sure to be up to date with its Cheech & Chong comedy routes.

“Aren’t you glad you came back for this one?” Nash asks him. Whether the fans will be happy remains to be seen, but the whole thing is so airy that it could easily go up in smoke.