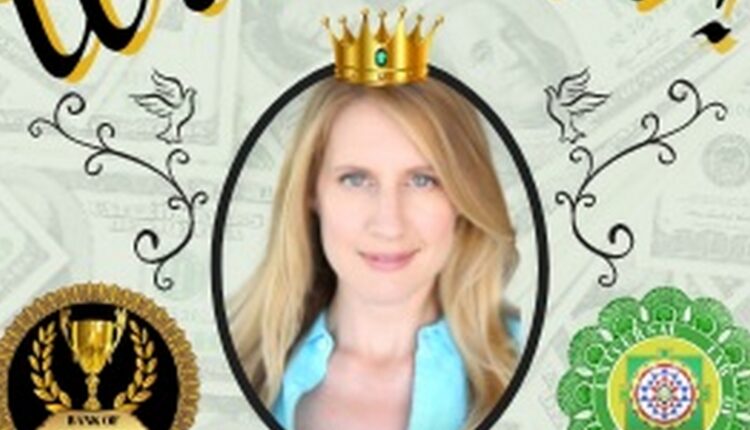 Award-winning solo artist Carla Delaney took the audience by storm with her first hit solo show, Voices. The show won rave reviews, ranked in the top 5 solo shows at the Hollywood Fringe Festival, and performed nationwide to sold-out audiences. Nominated as Performer of the Decade by Broadway World Los Angeles, Delaney is back with a new show for our time!

Worth It follows Casey, a talented singer who is content to sing in the background when life beckons her to take the lead! Growing up to think pinching money was practical, her stinginess invades unexpected areas of her life. When Casey stumbles into a “bank of the future” whose vaults are filled with conscientious cabaret singers instead of cash, she begins to wonder whether her self-worth is the root of her fortune.

The dynamic Delaney skillfully plays over 40 characters in this fast-paced comedy with original music and retro videos so bellicose it is a reminder of the best days of MTV.

Carla Delaney is an LA-based actress, speaker, and award-winning playwright who has appeared in television, film, animation, video games, and commercials around the world. especially on Family Guy, Conan, Jimmy Kimmel Live !, The New Looney Tunes Show, Boss Baby, Our Cartoon President and Captain Marvel. A gifted impressionist and a graduate of the famous Groundling’s Sunday Company, Carla has been writing and performing sketch comedy for over a decade. LA Weekly named her solo work “Pick of the Week,” and previous awards include the Hollywood Fringe Encore Producer’s Award, Best Solo Performance By A Female, Pick of Fringe, “Best of Fest” from The Whitefire Theater and Santa Monica Playhouse, and official selections of the London and NYC United Solo Festival.

Jessica Lynn Johnson directs and develops Worth It! She is celebrated both as a solo artist and as a director of solo artists, founder of Soaring Solo Studios and winner of the Best National Solo Artist Award. Her directorial work finally includes the unemployed, The Mermaid Who Learned To Fly, 365 Days Crazy, Triangles are my favorite shape, Bully-mia, Not My Show, Answers Outta The Blue, Dear Yoko and more.

It is worth it! performed in front of a live audience at the Santa Monica Playhouse. The performance will also be streamed live for those who prefer an online option. In honor of the Los Angeles County’s mandate, all live audience members must wear masks.

Looking for uplifting entertainment with visual glitz and fun songs? You will find this show is worth it!

WHAT: It’s worth it! A clever comedy with songs. A binge free festival selection.

WHO: Written, produced and performed by Carla Delaney. Directed and developed by Jessica Lynn Johnson.

WHERE: Santa Monica Playhouse, 1211 Fourth St., Santa Monica, CA 90401. There is a municipal parking garage across the street.

When making a reservation by telephone, please include the name of the show, the number of seats you want, your full name and telephone number.