Weather in Los Angeles: Mighty storm is set to flood SoCal on Monday and Tuesday and trigger evacuation orders 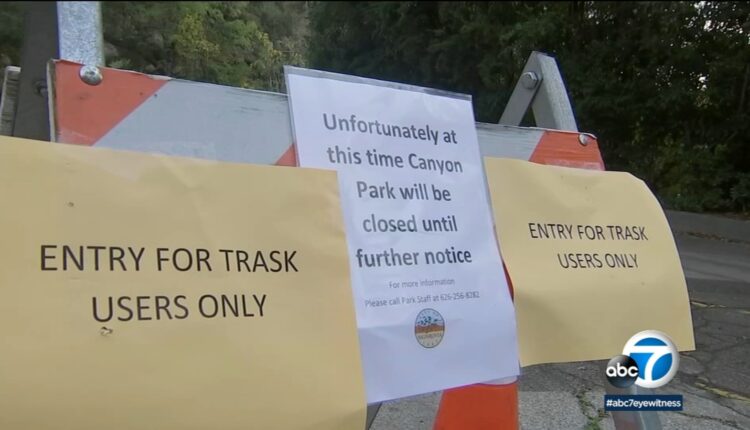 LOS ANGELES (CNS) – A strong storm system is expected to inundate much of Southern California with rain and cover mountain peaks in snow starting tonight and peak on Tuesday, raising fears of flooding and possible debris flows.

Coastal areas and the valleys can get up to 3 inches of rain during the storm, while mountains and foothills can see up to 5 inches.

“Due to the danger of heavy rain bands and a low probability of thunderstorms, which can produce short-term precipitation of high intensity, there is the possibility of debris flows over the most recent fire areas as well as significant road flooding,” said the NWS.

The rain will progress from northwest to southeast, with the heaviest rainfall expected to fall over Los Angeles County on Tuesday between 7 a.m. and 5 p.m., forecasters said.

“On Tuesday the system will move into LA County and likely mess up traffic at peak times. A very powerful jet will be moving over the area,” forecasters said.

Flash flood monitoring is already in place in Santa Barbara County, but Los Angeles County is likely to have some monitoring and warning as the storm approaches.

The storm will also bring high winds to the area which will likely sweep over the San Gabriel Range and bring warning level gusts to Antelope Valley tonight.

“With this system, periods with strong south to south-west winds are also expected, especially in the mountains, deserts and high valleys, where harmful wind gusts of 50 to 65 miles per hour are likely,” said the NWS valley areas, widespread wind gusts of 30 to See 80 miles per hour. In addition, local gusts of wind of up to 80 km / h are possible wherever thunderstorms or strong convection showers occur. ”

About 1 to 3 feet of snow falls on mountains over 2,000 feet, but some snow could build up in the Grapevine area.

The storm is accompanied by cool temperatures, with daily highs in the 50s on Monday and Tuesday and lows in the mountains and parts of the San Fernando Valley at night in the 30s and in the Antelope Valley in the 20s.

Health officials advise the public not to swim or surf in ocean waters after significant rainfall due to possible increases in bacteria, chemicals, debris, garbage and other public health hazards.

The Los Angeles Fire Department and County Office of Emergency Management issued a series of reminders relating to the potential of mud and debris flow.

Significant #LArain is forecast for the region on Monday / Tuesday. Now is the time to start making your preparations before the heavy rain hits the LA County area Monday evening through Tuesday morning. https://t.co/sYx16KerLW

Follow local safety / fire brigades when the storm approaches and the weather forecast is updated. Current emergency information is published at https://t.co/kH49qyQ548

In the meantime, fire areas are preparing for possible damage from mudslides and debris.

The city of Monrovia announced that Monrovia Canyon Park will be closed until further notice before the strong storm.