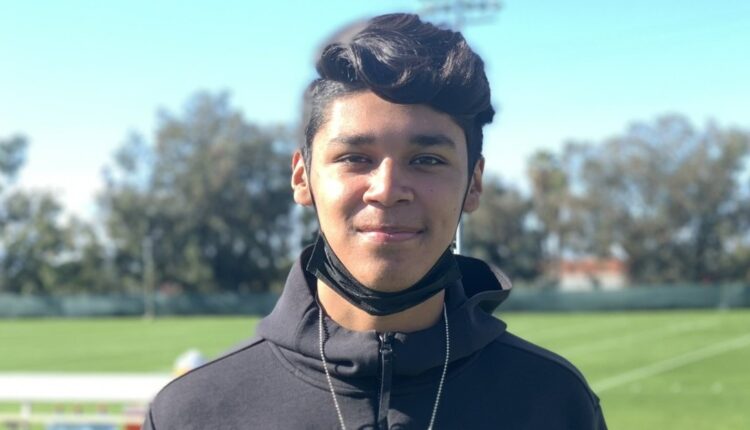 On a comfortable California night with a backdrop of a mountain sunset, Marquis Gallegos opened last high school’s football season with a game to remember.

The 6-foot-1, 170-pound safety guard for Chaminade College Preparatory School, just a sophomore, used his speed and considerable reach to clip in front of an Oaks Christian receiver in the end zone and intercept the ball .

Gallegos was able to quickly collect himself, change direction, dodge an opponent and charge 99 yards up the sideline for a touchdown.

“They bubbled the whole game,” he told the Los Angeles Daily News. “I read it and ran away.”

It could easily have been a career game for him, but then he did it again in the third quarter. This time, he stole a pass from Oaks Christian and rushed 66 yards for an Eagles score.

Kalen DeBoer didn’t need much more than those two tracks to fall completely in love with him, and this week offered Gallegos a scholarship.

It’s good to start early with a kid like that.

In fact, DeBoer and his staff at Fresno State first offered the Chaminade defenseman and Class of 2024 recruit a scholarship last August, two days after that double-interception TD appearance against a high-profile Oaks Christian opponent.

This tall, precocious defender finished the season with 4 interceptions, 72 tackles and 11 pass breakups for 5-5 Chaminade, located in West Hills in the San Fernando Valley. He also had 2 picks in a game against Crespi.

With his scale advantage and innate coverage instinct, his recruiting has just begun, with the Huskies, California and Colorado being offered to him alongside Fresno State, with DeBoer’s staff responsible for half of them.

Visit si.com/college/washington to read the latest stories about Husky Maven as they become available.

Not all stories are published on the fansites.