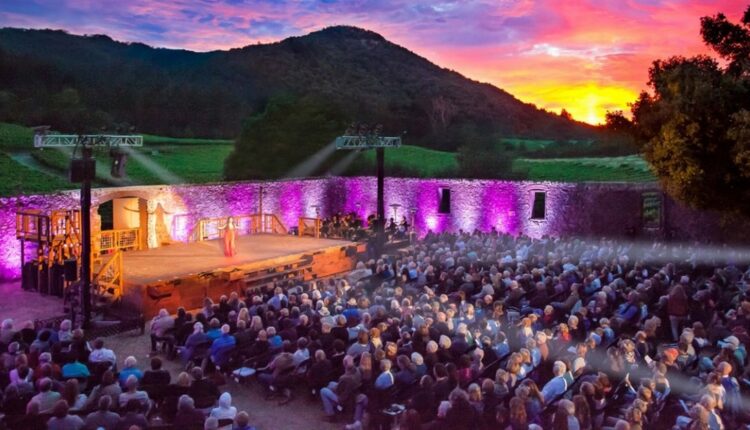 The Transcendence Theater Company is celebrating the 10th anniversary season of Broadway Under The Stars and the return to Jack London State Historic Park with a brand new concert, ROAD TRIP !, August 6-29.

Under the musical direction of the experienced conceiver and music director Susan Draus and staged and choreographed by Transcendence alum Jessica Lee Coffman, ROAD TRIP! takes the audience on a wild musical tour through the greater United States and celebrates everything that makes this country so special. EXCURSION! will be the first show at the company’s home theater at Jack London State Historic Park after a nearly two-year hiatus due to the COVID-19 shutdown.

“I’m thrilled and honored to be part of ROAD TRIP! – the first show in the park,” said Conceiver and Music Director Susan Draus. “We wanted to create a show that would remind us of all the good in our country. It’s been a tough year and now it’s time to celebrate our great nation and each other.”

EXCURSION! will present a diverse style of music – from patriotic to pop, from jazz to musical theater, from funk to Disney and much more. The show will cover many cities and states, and will begin and end in California. With popular hits like Born in the USA, California Dreamin ‘, Viva Las Vegas, Route 66, Georgia, Empire State of Mind and more.

Ticket prices are $ 49 for general admission (reserved seating) and $ 129 for VIP (including VIP parking, pre-show VIP private area, 2 drink tickets, and VIP seating). The seating capacity was increased to 500 guests per performance. Performances run Friday – Sunday; All shows start at 7:30 PM with a pre-show picnic event that starts at 5:00 PM. Food and drinks are available for purchase on site (no outside alcohol allowed). All COVID-19 safety protocols are followed as described by Sonoma County’s health officials. For more information, visit www.bestnightever.org or call the box office at 877-424-1414.