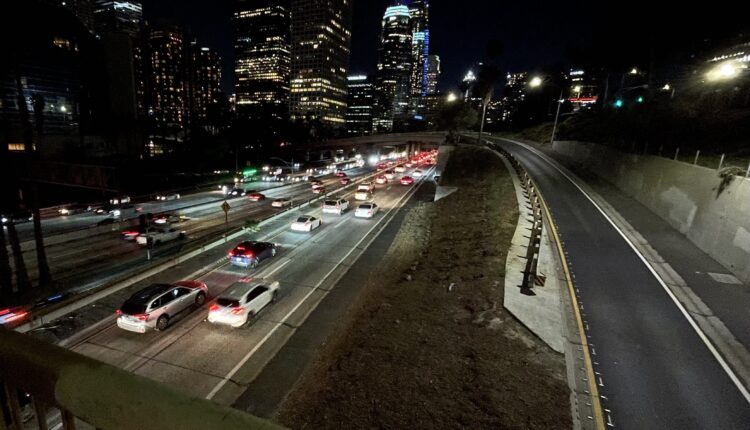 The city’s large number of highways and lack of public transportation have made traffic a constant presence and created some of the worst vehicular congestion in the United States. Los Angeles has become so synonymous with bad traffic that the 2016 musical film “La La Land” set its opening number on a congested stretch of freeway as a way of introducing viewers to Hollywood.

A large amount of traffic can lead to more traffic-related injuries and deaths. Those numbers have increased in recent years, but a city initiative is hoping to bring them down. Way down.

Vision Zero is a project with the goal of eliminating traffic deaths in Los Angeles by 2025. Based on a concept that originated in Scandinavian countries, it was instituted in Los Angeles in 2015 and hopes to diverge from the traditional model of traffic regulation to reduce and eventually eliminate fatalities.

Vision Zero uses a variety of strategies in the hope of curbing traffic deaths, including increasing the number of bike lanes on streets and installing more traffic control measures such as stop signs, crosswalks and traffic lights. These tools have been placed in areas of Los Angeles with the highest rates of fatal accidents.

“Vision Zero recognizes that people will sometimes make mistakes, so the road system and related policies should be designed to ensure those inevitable mistakes do not result in severe injuries or fatalities,” the Vision Zero website says. “This means that system designers and policymakers are expected to improve the roadway environment, policies (such as speed management), and other related systems to lessen the severity of crashes.”

But some are questioning whether or not it is the best policy for a metropolis like Los Angeles.

“There are so many commuters that it’s difficult to reach all of them and to get the buy-in,” said Los Angeles Police Department Capt. Andy Neiman, who oversees the Valley Traffic Division. “So I think this is a program that is really designed and works well in a smaller, closer-knit community. We just don’t really have that here in Los Angeles.”

There is also a substantial movement to lower speed limits, brought on by changes to state law. The Los Angeles Department of Transportation was previously required to set speed limits based on the “85th percentile rule,” which puts the limit at a speed that 85% of vehicles consistently obey.

“This meant that the fastest drivers on the road often set the speed limit,” LADOT spokesperson Colin Sweeney said. “In practice, this required LADOT to raise speed limits every few years in order to use radar enforcement, even when there were no physical changes to the street that would merit a higher speed limit.”

Now, LADOT is no longer bound to this rule and can also lower speed limits previously raised under the 85th percentile policy. This aspect of the initiative has been stressed as particularly important to the larger goal, and proponents of Vision Zero are hopeful about what it can do.

“Slower speeds give drivers and others more time to react to prevent collisions and reduce the severity of collisions that do occur,” Sweeney said. “The new speed-setting law, as well as our ongoing safety projects, will help calm streets to improve safety.”

But others in Los Angeles are more skeptical. Detractors point to locations where Vision Zero has successfully reduced traffic fatalities, including Scandinavia and Hawaii. Those places don’t have nearly the same population density or historical traffic congestion as Los Angeles, making it much easier to overhaul the transportation system there.

“Hawaii, obviously, is a much smaller state,” Neiman said. “Their ability to control and communicate with their partners that are involved in traffic management is much better because they’re a much smaller entity.”

The numbers surrounding accidents and deaths in Los Angeles have not declined in the way that was hoped, and Neiman said he believes the city’s existing setup makes it inherently difficult for Vision Zero to gain any traction.

“Streets (in the San Fernando Valley) are very long, very wide, very straight,” he said. “That tends to lead to higher speeds. It’s very difficult to calm traffic along those types of roadways unless you do some significant engineering modifications. And that really hasn’t been done.”

These struggles have caused the program as a whole to slow down significantly. Neiman says the project’s weekly meetings have ceased, and he feels as though the city isn’t doing enough to rejuvenate the program. Even advocates of Vision Zero are admitting their targets may need to be reconsidered.

“Getting to zero by 2025 will be extremely difficult given where we are, existing resources and staffing constraints,” Sweeney said.

However, he also said that “having the goal is important for accountability and as a benchmark of where we need to get to.”

But whether or not Vision Zero is the right way to get there is very much a question, and there may be deeper issues that need to be addressed first.

“It’s going to take convincing drivers to change their driving behavior,” Neiman said. “And you can’t do that just by putting in some bollards and some bike lanes. There has to be a real concerted effort in terms of educating the public. They have to buy into it.”

Alex Hutton is a sports media graduate student at Medill. You can follow him on Twitter at @AlexHutton35.