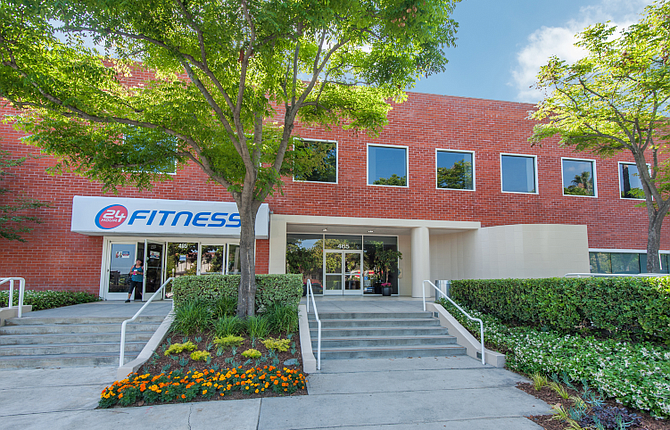 When Xencor Inc., a biopharmaceutical company developing treatments for cancer and autoimmune diseases, began to outgrow its headquarters in Monrovia, President and CEO Bassil Dahiyat said it was “tricky” to find a larger room nearby.

“LA is a growing market, but not one with high inventory levels,” he said.

The life sciences industry in Los Angeles is thriving thanks to increased funding from companies in the industry, the opening of new incubators, and the presence of colleges and hospitals.

“Even before Covid, we saw the life science industry growing and the demand for these types of companies increasing, but it has grown exponentially since Covid,” said Shaun Stiles, who heads the Los Angeles life sciences practice group for Cushman & Co. Wakefield Inc. said.

According to Cushman & Wakefield, this demand has resulted in a tight rental market with a vacancy rate of just 1.5%.

“It’s virtually impossible to find existing lab space,” said Stiles. “It rarely happens, and when it does, it rents out very quickly.”

Historically, Los Angeles has not enjoyed a reputation as a center for the life sciences, a designation bestowed on cities like San Diego and Boston. But if real estate is a clue, that could change.

“We’re seeing a big boost and really expect the life sciences component to pick up dramatically,” said Patrick Church, a managing director at Jones Lang LaSalle Inc. “We think LA will be on the map. We have a wealth of talent that other markets are slowly running out of. “

In 2020, a record $ 70 billion was invested in life science companies in North America, according to Cushman & Wakefield, 93% more than the previous record of $ 36 billion in 2018. The brokerage expects this year another $ 90 billion will be spent.

LA County’s life science companies raised $ 1.7 billion in funding last year, most of any counties in California that only increased demand, according to Stiles.

The region is now also home to a handful of life science incubators, including independent entities and those affiliated with UCLA, Cal State Los Angeles, and Cal Poly Pomona.

“Los Angeles is a very active and resilient life science community, largely due to the existence of UCLA, USC, and Caltech. And then you have a number of other institutions when you combine Cedars-Sinai and other hospitals and institutions, ”said Jeff Pion, vice chairman of CBRE Group Inc ..

From 2016 to 2020, leading schools received billions in grants, contracts, and other awards from the National Institutes of Health. During that period, $ 2.5 billion went to UCLA and $ 1.4 billion to USC.

All that money has created more jobs in the region. According to Cushman & Wakefield, the number of life sciences jobs has increased 77% over the past 20 years in LA County.

There are a few specific areas in LA where life science companies are banding together: Pasadena, Westside and El Segundo, and the San Fernando Valley.

Church said Pasadena is booming as a hub largely because of Caltech. There’s also a large incubator called Lab Launch in Monrovia with a future location for Atwater Village, and companies like Xencor are moving to Pasadena.

The Valley, meanwhile, benefits from the presence of Amgen Inc., which is based near Thousand Oaks. As a result, companies in the area, such as Westlake Village, are seeing demand from other life science companies as well.

And the Westside and El Segundo are popular because of the tech startups from UCLA and Silicon Beach.

Kevin Shannon, co-head of capital markets at Newmark Group Inc., said he saw property owners and renters undertake remodeling of existing properties because land is not always available for development from scratch.

Xencor eventually signed a 148,000 square foot lease for a building that will be converted into a life science facility in Pasadena. Landlord LPC West, the West Coast arm of Lincoln Property Co., bought the property at 465 N. Halstead St. for $ 72.5 million earlier this year.

“We are seeing the life sciences industry growing very rapidly,” said Rob Kane, executive vice president of LPC West, when the transition was announced. “We think this is a fast growing industry and we see a significant increase in demand for life sciences in Los Angeles.”

But conversions can be complicated due to cost and zone restrictions.

Katie Bernhisel, director of Raise Commercial Real Estate, puts the cost at $ 180 to $ 200 per square foot, if not more – and doesn’t include the cost of building a lab.

Despite the high prices, landlords are interested in renovations because the rents for these properties are high.

“We will see rental rates that justify these upfront spending,” said Bernhisel.

Derreck Barker, Nuveen’s senior director of real estate acquisitions, agreed, adding that there is a “greater return on your investment” for life sciences areas.

Nuveen, he said, is keen to build more life sciences space without having a tenant in mind.

“You’re starting to see some speculative opportunities,” Barker said. “People buy land with the intention of starting development. What we’ve found in the life sciences is that even if you want to start speculatively, the reality is very likely that there will be a tenant before construction begins. “

Newmark’s Shannon – who named Life Sciences one of the real estate industry’s most sought-after “food groups” during the pandemic – is confident about the future of LA as a destination for these companies.

“The trend line is clear: it will grow,” he said. “We still have a long way to go to catch up with these big centers, but there is more and more discussion about developing specific life sciences to meet this demand.”