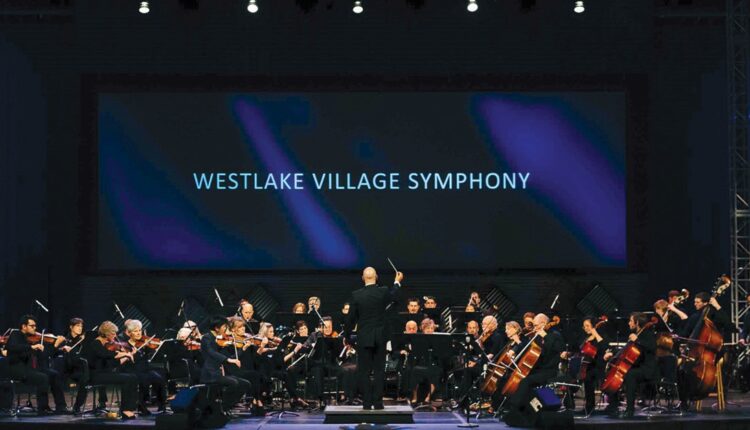 READY TO PERFORM — The Westlake Village Symphony is made up of amateur and professional volunteer musicians. Courtesy photo

Westlake Village has a small town vibe but a big city culture when it comes to music. It even has its own symphony orchestra, a group made up entirely of volunteers that has been giving concerts throughout the Conejo Valley since 2006.

Martha Farwell, a 77-year-old violinist and longtime member of the symphony, said the orchestra offers opportunities for high school and college graduates looking to add to their resume, as well as senior players looking to stay active by joining Ensemble.

“We have both amateur and professional musicians in the orchestra. The pros run various sections and help train and bring the amateur players, ”Farwell said. “We have always had very different ages. We encouraged young people to join us because they have the opportunity to play a lot of different things. If they look for a job, they can say, ‘Yes, I played Beethoven’s Fifth Symphony’ and so on. “

The group started out as the Amgen Orchestra in 2006, so named because most of the founding members were scientists from the Newbury Park-based biotechnology company. Early rehearsals took place on the Amgen campus.

The group briefly changed its name to Pacific Pearl Symphony before becoming Westlake Village Symphony in 2013.

The group, which has over 50 members, has received money from the city to support its activities – organizing events, advertising, and other expenses – but the symphony is not officially sponsored by the community whose name it bears.

“Because we have the name, we naturally want to be the best representative of the city that we can be. We are doing our best to be a great musical organization and to reflect well the Westlake Village name, ”Farwell said. “We like the city very much because it is a great central location for us as we can attract people from the western part of the Conejo Valley, from Agoura and from further east such as the San Fernando Valley.”

The pandemic disrupted the symphony’s rehearsal and performance schedule. Its last performance in over a year was on March 7, 2020, just before the statewide ban came into effect.

Certain members – woodwinds and brass – were unable to practice together due to the need to wear masks in public, but the group’s strings slowly resumed personal training outdoors.

“All of our rehearsals have been outdoors since the beginning of the pandemic, which is challenging to say the least. It was great to be together again and making music, but when you sat 6 feet apart it was a little difficult to hear. It took a while to get used to, ”Farwell said. “Until May, when we had a concert, there were only strings.”

She said some of the group’s horns joined the practice and used acrylic shields to isolate themselves from the rest of the group, but the shields make it difficult to hear them play.

“They played at full speed and still haven’t been heard,” she said.

Farwell said she and other members of the orchestra had been badly affected by the isolation of the pandemic and that they didn’t feel particularly lonely because they couldn’t make music with their friends.

“(Music) is hugely important to the people who do it. It is a great investment of your mind. When the pandemic started and we were locked down and we couldn’t practice, I remember getting into the car one day and listening to Beethoven’s Sixth Symphony on the radio. I was just in tears. It’s really hard (not being able to practice), ”Farwell said.

Concerts are planned for the symphony – $ 10 for adults, free for children – but Farwell said the spread of the Delta variant had them concerned about their ability to continue practicing and performing together.

She said the group will continue to find a way to practice and schedule performances as the pandemic allows. As a volunteer group, she said, it’s all about doing this out of love for music.

“Music is extremely important. It is such a relief to the soul, especially when there are challenges and stresses. There you can get the refreshment you need, ”Farwell said.

She encouraged anyone interested in joining the orchestra to go to westlakevillagesymphony.com.