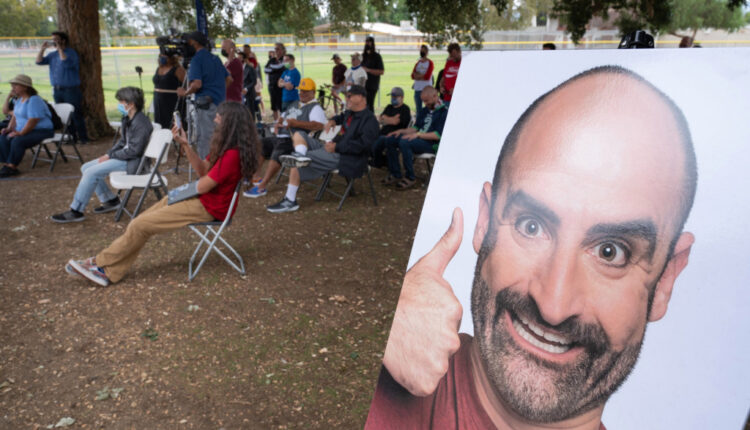 RESEDA – A San Fernando Valley native who made the world laugh was remembered on Wednesday August 18 on a day dedicated to his homeland.

The late, popular stand-up comic was once again in the spotlight, this time when Los Angeles City Councilor Bob Blumenfield, friends and family gathered at Reseda Park in his hometown of Reseda to proclaim Brody Stevens Day.

Stevens rose from his Valley roots to a renowned entertainer, with a kind of humor that found its way into movies and TV shows like The Hangover and Chelsea lately. He became a mentor and friend to many professional comedians, particularly in the LA comedy scene.

His rising star tragically crashed in 2019 when he committed suicide at the age of 48 after a battle with mental illness.

But it was clear that the memory of Stevens’ talent and humanity would not be soon forgotten when his mother Jacklyn and sister Stephanie Blumenfield, friends, and fellow comedians gather at a bench in the park known as Brody’s Bench . The bench was procured by Stevens’ friend Tommy Godlove, who helped organize the event, according to Blumenfield’s office.

“Brody loved our community and he has had so many positive effects,” said Blumenfield. “It’s really special to be able to name ‘818 Day’ with family and friends after Brody, a proud native of the West Valley and one of the best comedians of his generation.”

The day fell on August 18 – known as 818 day – in the Valley, which has the same area code. On this day, the valley’s cultural sights and business were celebrated.

“We’ve been in a very lonely time for a year and a half, so Brody’s message of positive energy is really getting through right now,” said comedian Jeff Ross. “Ease and laughter are so important that while Brody is gone, his message, his cadence, makes it easier. It’s amazing that Brody can pick me up, get me out of bed and bring people together. “