The best walking tours in LA near breweries and wineries 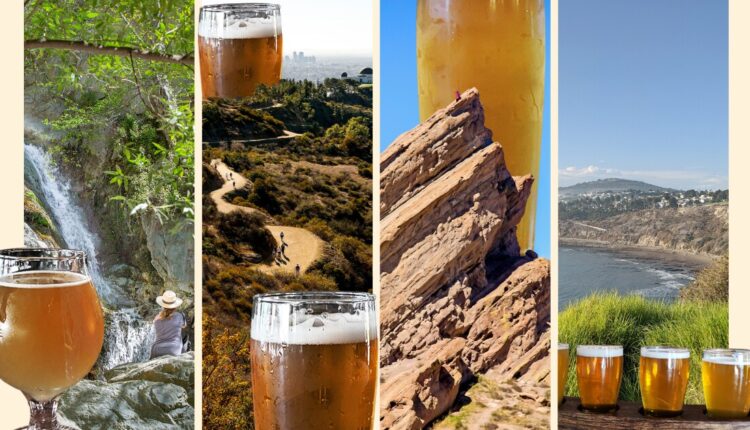 Distance from breweries: all are nearby

Do you want to try the ultimate ale trail in Los Angeles? Do it downtown. While LA County has nearly 100 registered breweries in total, a 5.8 square mile block surrounded by four highways has 11, making it perhaps the densest beer-friendly spot in town. Join a quality quartet on this 6.75km urban drink and stroll that also takes you to local landmarks, cultural communities, and multiple murals.

Start at Boomtown Brewery, the group’s newest pub but one of the largest with ample parking. The huge taproom has plenty of space to enjoy games (darts and billiards and shuffleboard, oh my!) And beer. Then head south to 1st Street and head northwest through Little Tokyo, which is home to many boutiques, famous delicious restaurants (like Daikokuya for ramen and Fugetsu-do for mochi), a museum and a charming square.

Continue to Los Angeles City Hall (with a fabulous observation deck, open Monday through Friday) and through Grand Park, a 12-acre park with drought-tolerant gardens, a tree walk, and a flag courtyard (plus great views of the city hall) . Take a left on Grand Avenue and go past the Walt Disney Concert Hall and Broad to California Plaza, where you’ll find the historic Angels Flight Railway that will take you to the bustling Grand Central Market. Golden Road offers a place here to enjoy a craft beer with a snack.

Then drive past the Bradbury Building and east on 3rd Street to find Mumford Brewing, the first of three upcoming brewery stops (just south of 3rd Street on Omar Street), a friendly family-owned place that for juicy IPAs is known. Return to 3rd and Little Tokyo to find one of LA’s most iconic craft giants, Angel City Brewery, housed in a massive renovated warehouse. The beers are as unique as the room, which has games and loads of local art (and often live music).

East of Angel City on Traction Avenue is your final stop, Arts District Brewing Co., which is actually surrounded by many murals, such as a beautiful elephant, a portrait by artist Ai Weiwei, and the Mural-de-Force. The Arts District Brewing is a sprawling venue too, often with over 20 homemade offerings on tap. Pick up a pint and play skeeball to end your brewing day.