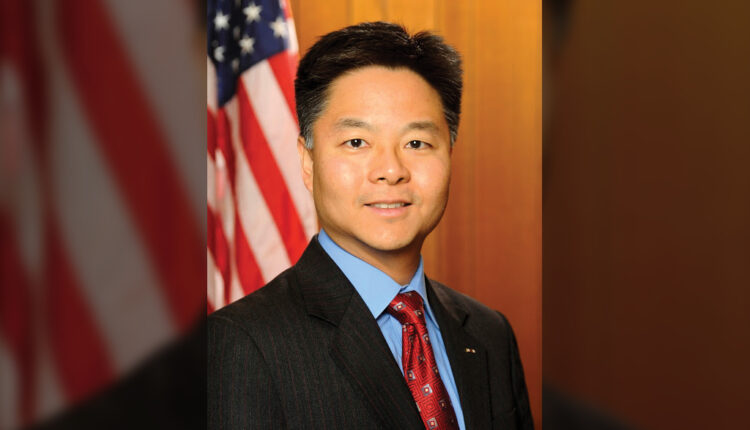 Pali Dems will host politicians including Lieu, Allen, Bloom and Kuehl at its annual meeting on Sunday.

With Election Day now scarcely 10 months away, Santa Monica’s representatives at every level of government are pounding the (virtual) pavement to meet local constituents and discuss key issues.

US Representative Ted Lieu attended the Santa Monica Democratic Club (SMDC)’s first meeting of 2022 on Wednesday evening, Jan. 26, to answer a slew of rapid-fire questions, ranging from the retirement of Justice Stephen Breyer to the tense situation unfolding in Ukraine.

Lieu, who represents beach cities from Malibu to Torrance, is up for re-election in November, although his seat is considered secure — the last time he earned less than 60 percent of votes in an election was 2014, the first year he came to office, when he earned just over 59 percent of votes.

To begin the meeting, SMDC President Jon Katz asked Lieu to describe his experiences during the attempted insurrection on Jan. 6, 2021. Lieu said he was in his office inside the Capitol when a Capitol Police officer knocked on his door and told him they must immediately evacuate. From there, he was taken to a nearby office building where he watched the events unfold on television. Lieu was among the congressional representatives to pen then-President Trump’s second impeachment following the events of Jan. 6.

Lieu said he was glad legislators reconvened to certify the Electoral College results later that night — and took the opportunity to ask the dozens of club members and Santa Monica residents present at the meeting to keep that in mind going into 2022.

“And as we look forward to the next Presidential election, it’s critical that we hold the House because, would you really want Republicans in control of the House deciding this Electoral College issue in 2024? So that is potentially what is at stake in this election,” Lieu said.

From there, Katz presented a dozen topics for Lieu to update the club on.

On Breyer’s retirement, Lieu said he expected President Joe Biden to select someone who respects precedent, “particularly precedents such as Roe v. Calf.” Lieu added he believed the next Supreme Court Justice would be a coalition-builder who may be able to influence other justices.

When it came to the future of Roe v Wade — the 1973 Supreme Court decision that made abortion legal in all 50 states — Lieu said the conservative-majority Supreme Court could chip away or overturn that 49-year-old decision.

“Roe v Wade is absolutely in jeopardy, and I’m fearful the Supreme Court is going to overrule Roe and, unfortunately, there is nothing I think that has changed in the last 49 years that would lead to an overruling of Roe,” Lieu said. “It’s not like there was some new advancement or discovery or change in understanding of abortion. It’s exactly the same issue as it was 49 years ago. The only thing that’s changed is you have more conservative Supreme Court justices. And that is not a valid reason to overrule precedent.”

The Congressman touched on several ongoing legislative issues that passed the House but have stalled in the Senate, including the Build Back Better Act, John Lewis Voting Rights Act, single-payer healthcare and statehood for DC and Puerto Rico. Lieu said he was in support of all, expressing frustration that two Democratic senators — Joe Manchin of West Virginia and Kyrsten Sinema of Arizona — refused to abolish the Senate filibuster, which would have allowed the Democratic-run Senate to move those issues forward.

Lieu suggested that two Senate seats might flip, “and we never have to really pay attention to those two Democrat US Senators ever again.” When asked, Lieu said he had his eye on Pennsylvania and Ohio as potential races where Democrats could unseat Republicans.

The meeting is open to all, but VIP attendees will be invited to ask questions of politicians. The meeting begins at 2 pm, with the elected officials update portion set to go until 3:30 pm

Following the updates portion of the meeting, there will be a meet and greet with Assembly member Jacqui Irwin and US Representative Brad Sherman.

More information on that meeting can be found at palidems.org.