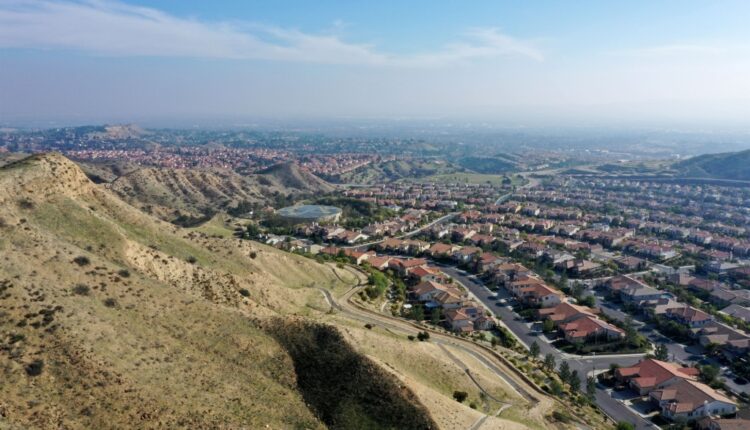 Southern California Gas Co., which operates the Aliso Canyon natural gas storage facility in the San Fernando Valley, must monitor benzene levels around its site and warn local residents in the event of a future gas leak, according to a binding agreement with an environmental health monitoring group.

The settlement comes more than six years after the camp spewed over 100,000 tons of methane and other chemicals into the air, leading to the largest natural gas escape in the country’s history. The gas leak, first discovered in October 2015 and lasting about four months, exposed residents to a variety of chemicals, including benzene, which can cause cancer and damage the reproductive system.

“This signed agreement is an important step in making polluter responsible for benzene monitoring at fence lines and ensuring the right of residents to know if and when they are exposed to benzene,” Kaya Allan Sugerman, director of the Illegal Toxic Threats Program at the Center for Environmental Health, said in a statement Tuesday, February 1.

Since the 2015 eruption, residents say they have had regular nosebleeds, headaches, dizziness and other physical ailments, although SoCalGas officials said the amount of benzene present during the leak was within normal ranges. The gas company has also consistently maintained that air, soil and dust samples tested by public health officials during and after the leak showed no public health risk.

In 2016, the Oakland-based Center for Environmental Health joined a lawsuit against SoCalGas, accusing it of violating Proposition 65, a state law that requires companies to warn the public about significant exposure to chemicals that cause cancer , birth defects or other reproductive harm.

As part of the recent settlement, SoCalGas has not admitted any wrongdoing. “The Settlement Defendant disputes the allegations of fact and law in the Notices and Complaints and expressly denies any wrongdoing,” read the affirmative judgment signed by Los Angeles Superior Court Judge Daniel Buckley.

SoCalGas spokeswoman Christine Detz confirmed the agreement in a statement.

“SoCalGas entered into an agreement to resolve claims alleging violations of Proposition 65 related to the 2015 leak at the Aliso Canyon natural gas storage facility, pending court approval,” Detz said. “The settlement includes a payment of $1.55 million from SoCalGas to the plaintiffs, the Office of Environmental Health Hazard Assessment and the California State Attorney.”

In addition to the Center for Environmental Health, the case includes one other plaintiff.

The consent ruling requires SoCalGas to have a benzene monitoring system in place at two locations at the Aliso Canyon site within 180 days.

If 30 days after the monitoring system goes live, if methane levels exceed 25 parts per million for 30 minutes, nearby residents who sign up for SMS or email alerts will be notified. An alert will also be posted on SoCalGas’ Aliso Canyon Fenceline Monitoring website. The alerts should expire no later than 12 hours after the surveillance system issues an alert, although SoCalGas will use all reasonable efforts to notify the public within six hours of confirmation.

The settlement also commits SoCalGas to converting or replacing its gasoline-powered off-road vehicles at its Aliso Canyon site with zero-emission vehicles within 12 months to reduce emissions.

Kyoko Hibino, co-founder and director of Save Porter Ranch, a group whose members have sued SoCalGas, said in an interview that the group — which is not party to that settlement — is comfortable with mandatory benzene monitoring, although members would like it an independent company to carry out. The settlement does not reveal, Hibino said, whether SoCalGas would conduct the monitoring itself or have a third party monitor it.

“Any surveillance system is good. However, the details are what we need to know,” Hibino said.

Porter Ranch residents who live adjacent to SoCalGas’ property have been demanding the complete closure of the gas storage facility for years. Many of them are also part of a $1.8 billion settlement offer with SoCalGas over the 2015 gas outbreak. Plaintiffs have until June 1 to decide whether to settle the case. If less than 97% of them agree to a settlement, the case could go to court.

As for Aliso Canyon’s continued operation, in 2017 former Gov. Jerry Brown ordered the California Public Utilities Commission to develop a plan to close the facility by 2027, and Gov. Gavin Newsom asked the commission to accelerate that plan in 2019. US Sens. Alex Padilla and Dianne Feinstein have also called on the agency to come up with a plan to phase out the facility permanently.

State Sen. Henry Stern also recently announced work on a plan to close the facility by 2023.

Meanwhile, in November, commissioners voted to expand the plant’s capacity to ensure sufficient power supplies ahead of the winter months. An officer indicated that the agency still has plans to permanently close the facility or reduce usage.