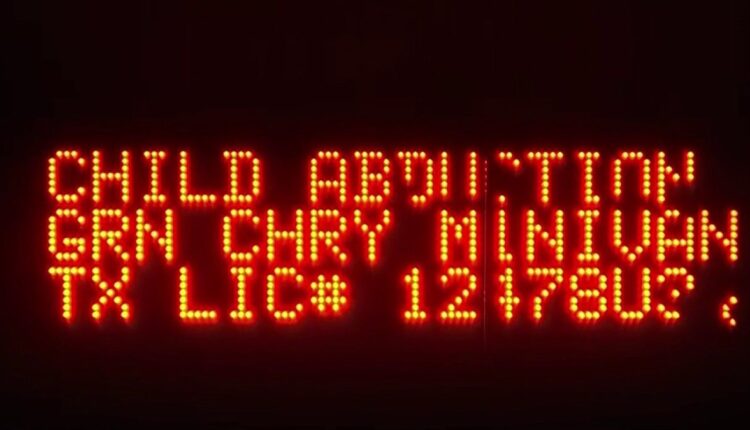 An Amber Alert issued early Thursday in Southern California to a 15-year-old Vallejo girl was canceled after she was found safe, police said.

The girl was reported kidnapped in Santa Rosa on Wednesday afternoon. Details of where she was found and whether the suspect was in custody during the abduction were not immediately available.

Ionita Cimino, 20, is identified as the man wanted at a petrol station at 1:50 p.m. in connection with forcing the girl into his car.

He was last seen in an orange shirt and black pants.

A highway sign displays information about a minivan wanted at a gas station in Santa Rosa in connection with a hijacking on Thursday, November 18, 2021.

He was seen driving a green 2007 Chrysler Town and Country minivan with a temporary Texas license plate 12478U3.

The CHP issued the alert on behalf of the Santa Rosa Police Department at 2:52 a.m. Thursday for Orange, San Diego, Los Angeles and Riverside counties. The alarm prompts anyone who sees the vehicle or its occupants to call 911.

KHN’s ‘What the Health?’: Boosting Confusion