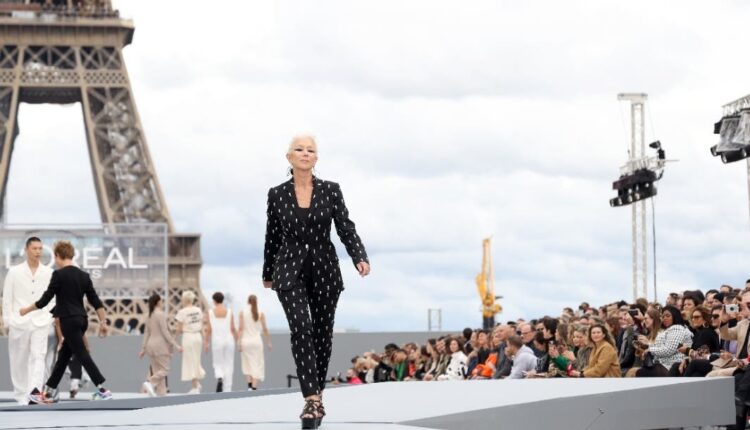 She will be the 57th recipient of the SAG Life Achievement Award, the artists’ union’s highest honor, at the 28th Annual Screen Actors Guild Awards, which will be streamed live on TNT and TBS on February 28 at 5:00 p.m. from the Barker Hangar in Santa Monica .

The Life Achievement Award is presented annually to the actor who, according to a press release, promotes the “best ideals of the acting profession”.

“I am honored to have been selected to receive the SAG Life Achievement Award,” Mirren said in a press release. “Since I was a young actor, I’ve always been inspired and learned from American film acting, so this award is particularly significant to me.”

Mirren won an Oscar in 2006 for her portrayal of Queen Elizabeth II in “The Queen” and won the 2001 SAG Award for her roles in the 2001 film “Gosford Park”. For her appearances in “The Madness of King George”, ” Gosford Park “and most recently for” The Last Station “she was nominated for an Oscar.

“Dame Helen Mirren is quite simply a brilliant and shining talent. Her work spans the whole gamut of characters, from a not-so-retired CIA super killer and an unscrupulous Russian espionage leader to a Hungarian cleaning lady and the most exquisite Elizabeth II. ”SAG-AFTRA President Fran Drescher announced in a press release. “She has set the bar very high for all actors and even surpasses her own extraordinary achievements, role for role.”

Mirren won Emmy Awards for her roles on Prime Suspect and the HBO miniseries Elizabeth I.

She won a Tony Award for her role on Broadway in “The Audience”.

“I’ve always felt a bond with Helen. She is the Queen of England and I am the Queen of Queens,” said Drescher. “She won an Oscar and I’m left-handed of the year. It’s scary. My darling.”