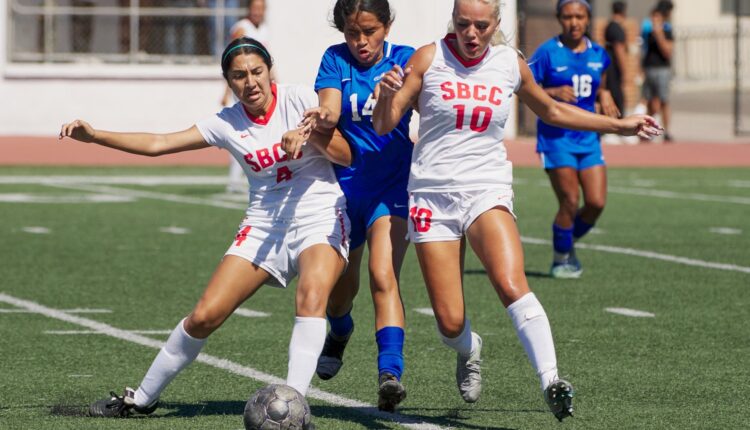 The Santa Monica College Women’s Soccer team tied 1-1 against Santa Barbara City College in their sixth game of the season.

On Tuesday, Sept. 20, the Santa Monica College (SMC) Corsairs Women’s Soccer team played against the Santa Barbara City College (SBCC) Vaqueros on the Corsair Field, finishing the game with a tied score of 1-1.

The first goal was made early on by SMC forward Emma Rierstam, bringing the score to 1-0 around 12 minutes into the game. At the 19-minute mark, SBCC forward Athena Bow Graham scored a goal, tying up the game 1-1. For the rest of the match however, both SMC and SBCC were unable to make any additional breakthroughs, ending the game with a score of 1-1. The Corsairs are currently 3-2 this season.